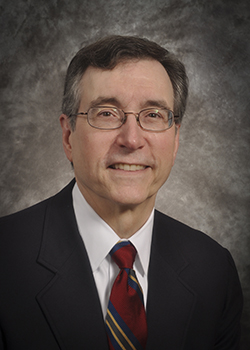 The 2021 recipient of the Margaret Grimes Distinguished Teaching Award in Graduate Medical Education is Charles Timmons, MD, PhD. The award honors pathology educators who demonstrate a range of contributions at local, regional, and national levels in graduate medical education. Just being nominated is no mean feat. Nominations must include three letters of nomination, with at least one from an APC member and at least one from an individual not at the nominee's institution.

Dr. Timmons, the UTSW Pathology Residency Director, has been involved with resident and fellow teaching since 1989. He began his career at UT Southwestern in 1988, following his training at Northwestern University and the Children's Hospital in Denver.

Having won three distinguished service awards from national organizations and numerous teaching awards, he is certainly no stranger to excellence. The Margaret Grimes Distinguished Teaching Award in Graduate Medical Education is the proof of his passion for education.