“Back then, I became quite interested in how the extracellular matrix – a noncellular structure that regulates almost all cellular functions – can interact with cancer cells to facilitate biological functions,” said Dr. Park. “I published a study about the spatial interaction between collagen and guard cells in Canadian Young Scientist Journal. It actually gave me a taste of what it means to be a scientist.”

His passion for understanding cells and their connection to cancer would eventually lead him to UT Southwestern Graduate School of Biomedical Sciences in 2013, where he focused his studies on the relationship between cell mechanics – how cells move, interact, sense, and respond to mechanical forces – and cell metabolism in non-small cell lung cancer. In recognition of his work, Dr. Park is the recipient of the 2020 Nominata Award, the highest honor bestowed upon an advanced student of the Graduate School.

Watch: Dr. Park talks about his experience at UT Southwestern

“I was speechless after learning I won. It’s such a remarkable distinction and I am humbly honored,” Dr. Park said. “The award doesn’t just matter for me, but also my colleagues and mentors who supported me. I didn’t receive this award because I was a great student; it was because I had so many great mentors.”

The Graduate Student Organization created the Nominata Award in 1980 to stimulate academic excellence and research achievement among advanced graduate students. The winner receives a monetary award and presents their research to the UT Southwestern community. In May, Dr. Park presented his dissertation in a University Lecture Series held virtually because of the pandemic.

In addition, George Wendt of the Medical Scientist Training Program and a student in the Cell and Molecular Biology Graduate Program, is the recipient of a Dean’s Discretionary Award, which reflects his notable research accomplishments and extraordinary ability to communicate science outside of his field.

In February, Dr. Park published a paper on his research, Mechanical regulation of glycolysis via cytoskeleton architecture, >in Nature. He said exploring molecular coupling between cell mechanics and cell metabolism may help scientists better understand why tumors progress, potentially leading to new therapies.

“Basically, molecular coupling means that these two biological functions – mechanics and metabolism – are cross-linked and able to communicate with each other. In the cancer field, we know that cell mechanics is important for cancer progression, and altered cell metabolism is considered one of the hallmarks of cancer. My study suggests that these two processes are interconnected and thus, one could therapeutically modify one process to affect the other,” Dr. Park said.

Dr. Park earned his Ph.D. under the mentorship of Dr. Gaudenz Danuser, Chair of the Lyda Hill Department of Bioinformatics. He is a graduate of the Cancer Biology Graduate Program and the Mechanisms of Disease and Translational Science track. The track gave him exposure to a clinical environment that enhanced his research training.

“One of my favorite things about being a student was having tremendous opportunities and freedom. What is amazing about UT Southwestern is how well the institution incorporates opportunities for basic scientists and clinicians to work together to tackle research that matters,” Dr. Park said.

The native of South Korea came to the United States when he was 11 years old. His family then moved to Canada, where he attended high school and college.

Long term, the scientist said he’d like to understand how his discovery might impact other types of cancer.

“We have underappreciated how the pathology of cells can regulate their function through their cytoskeleton architecture, or structure. There are new mechanisms that can regulate the coupling between cell mechanics and cell metabolism that can be used as critical opportunities to treat cancer,” Dr. Park said.

In March, the biologist moved to New York City to begin a postdoctoral fellowship in the lab of Joan Massagué at Memorial Sloan Kettering Cancer Center. The transition came as New York became the epicenter for the COVID-19 pandemic in the United States.

“It was quite a unique experience beginning my new position that way,” Dr. Park said. “But I was lucky as I was able to make the transition at the end of my thesis project, so I was able to make a new start in New York without any research disruption despite the pandemic.”

As a postdoctoral fellow, he is studying how cancer cells can undergo molecular and behavioral changes that drive their spread to distant organs.

“The perspective I learned training at UT Southwestern in basic science and clinical research taught me how to identify crucial questions that can be used to pursue therapeutic opportunities and apply that in my current role,” Dr. Park said. “Taking the next step in my career has been phenomenal and exciting. It will be challenging to become a better scientist, but I am happy to be here in my next phase.” 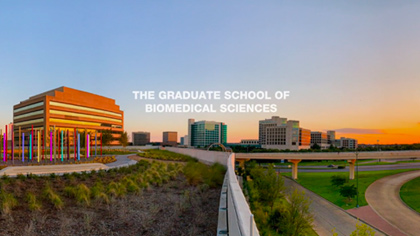