UT Southwestern is providing new hope for older adults who suffer fractures and the complications that can result from those injuries with the new Returning Seniors to Orthopedic Excellence (RESTORE) Program.

Led by Dr. Megan Sorich, who had special fellowship training in orthopedic geriatric trauma, RESTORE is the only program in North Texas focusing on the musculoskeletal health of older people and consolidates clinical efforts across UTSW Departments including Geriatric Medicine, Internal Medicine, Emergency Medicine, Anesthesiology and Pain Management, Clinical Nutrition, and Physical Therapy. RESTORE launched on Feb. 1, shortly after the opening of the third tower at William P. Clements Jr. University Hospital, and provides coordinated care to improve outcomes and reduce hospital stays for UTSW patients – from initial onboarding through recovery and follow-up care.

“I am tremendously excited about the new RESTORE Program,” said Dr. Sorich, an Assistant Professor of Orthopaedic Surgery who specializes in geriatric trauma as well as elbow and shoulder procedures. “This Program’s goal is to provide the best comprehensive collaborative co-managed care of the older adult with an orthopedic injury. We have teamed up to help standardize patient care, expedite patients to the OR and, ultimately, improve outcomes.” 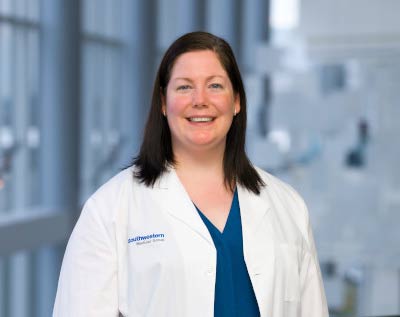 The medical needs of geriatric patients are growing. The U.S. Census Bureau projects that by 2030, 71 million Americans will be older than 65, accounting for 20 percent of the population.

Hip fractures are the most costly fall-related breaks in older adults, common events associated with significant morbidity and mortality. More than 300,000 people are hospitalized for hip fractures annually in the U.S., and those older than 65 years of age represent 86 percent of these cases. Most geriatric hip fracture patients are hospitalized and undergo surgery. Several studies have shown hospitalization costs to be the largest expenses associated with hip fracture care, averaging 44 to 57 percent of costs.

Leading medical institutions have worked to identify opportunities to improve the quality of care while decreasing costs through collaborative co-managed models like RESTORE. 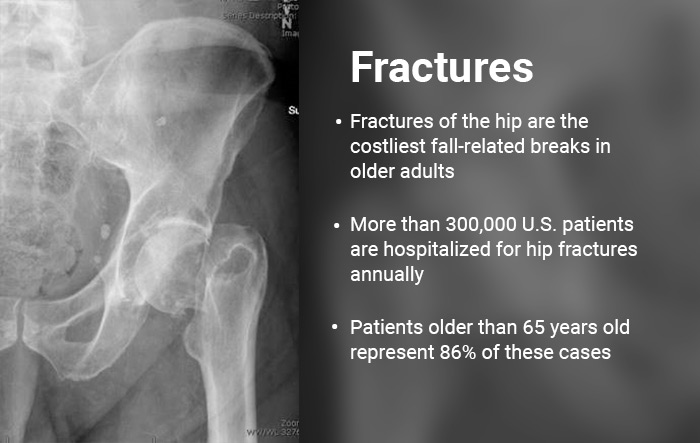 Decades of health, days of need

The RESTORE Program will effectively and efficiently provide centralized orthopedic services to patients such as William “Bill” Lawson, 96, and his wife, Jane, 95, who required identical surgical procedures after falling within a week of one another last year.

The Lawsons, New York state natives, have routinely been patients of Drs. Tara Duval and Jessica Voit, both UTSW Assistant Professors of Internal Medicine, since moving to Texas a couple of years ago. Mr. Lawson, a Marine veteran of World War II, attended Rochester Institute of Technology before working as an electrical engineer for Kodak, where his career path took him to positions in New York, Mexico, and Brazil. Mrs. Lawson also graduated from RIT after meeting her future husband there, and she used her degree in interior design working as a buyer and designer in a department store before raising their five children and developing considerable talent as a watercolor artist.

After Mr. Lawson’s retirement in 1986, the couple – who have been married for 72 years – moved to the sunny South for more than three decades before relocating to Texas. In all, two of their children, three of their 10 grandchildren, and five of their 12 great-grandchildren live in the Dallas/Fort Worth area. The Lawsons’ other children live in Oregon, New York, and New Mexico. 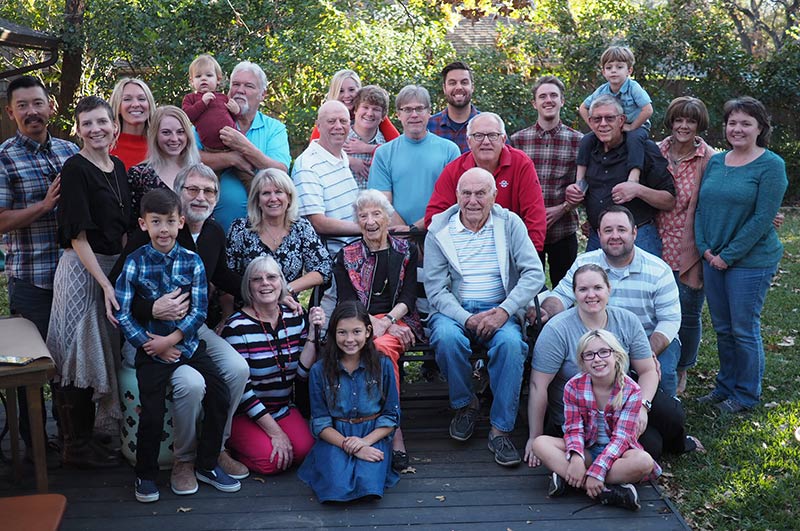 Through the years, Bill and Jane Lawson (sitting in center) have enjoyed family gatherings with their five children and extended family, such as getting together to celebrate the wedding of grandson Andrew Womble in 2018. Both Mrs. and Mr. Lawson required identical surgical hip procedures after falling within a week of one another last year.

“As retirees, my parents lived in Florida and had a summer cottage on a lake in Upstate New York where their children and grandchildren visited ever year,” said Tracy Womble, a daughter who lives in Irving. “For most of their lives they have been wonderfully healthy.”

In the autumn of 2020, however, Mrs. Lawson fell at her assisted living facility and needed surgical help. Within four days, Mr. Lawson also was admitted to Zale Lipshy Pavilion-William P. Clements Jr. University Hospital following a tumble of his own.

“They both sustained right displaced femoral neck fractures,” Dr. Sorich said. “Jane came in on a Monday night and had surgery Tuesday. That same week, Bill came in on Friday and had his surgery on Saturday.” 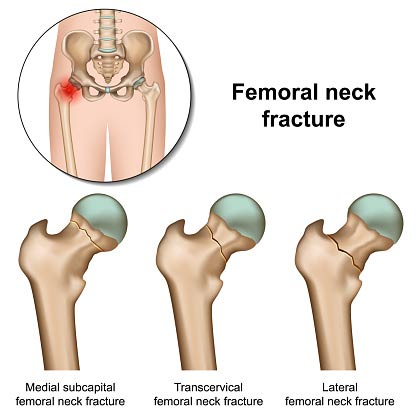 Dr. Sorich performed both cemented hip hemiarthroplasties, procedures in which half of the hip joint is replaced. Overall, cemented fixation has shown a better long-term survivorship in older patients. The couple has since been going through physical therapy, although Mr. Lawson had a setback with a subsequent fall.

“Our whole family is so grateful for the work and compassion that Dr. Sorich and her team have always delivered and shown to our parents,” said son Bill Lawson of Garland. “Personally, I can’t begin to describe how much respect and admiration I have for Dr. Sorich, as a person and as a physician, and for the care that she has provided to my mom and dad.”

Many older fracture patients have multiple medical comorbidities such as cardiac disease, pulmonary disease, dementia, diabetes, and renal impairment that often are not adequately assessed in the traditional care model. Postoperative issues such as osteoporosis challenges and concerns, the inability or unwillingness of patients to take on long-term physical therapy, and the lack of focus on scheduling and follow-up care can be highly debilitating while hampering recovery. In many cases, one incident leads to other medical challenges that result in loss of functional independence and higher postoperative mortality rates.

The RESTORE Program addresses these issues by identifying needs and coordinating care. Elderly patients who arrive at the emergency room at Clements University Hospital receive expedited care, including consultation from both geriatric and orthopedic teams. A pain management program that focuses on non-narcotic medicine may be used to reduce delirium, a common side effect from fragility fracture treatments in older people. After treatment, nutritionists provide dietary guidance, and follow-up visits are scheduled to help prevent future falls.

“Generally, hospital systems and individual orthopedic surgeons have not been specifically focused on improving care of our aging population,” Dr. Sorich said. “Previously at UT Southwestern, if a patient had a hip fracture, they normally arrived and were processed through Clements’ ED and then got transported to the Zale Lipshy Pavilion. With RESTORE, we will have operating room space at Clements University Hospital and trained geriatric/orthopedic physicians and nurses to help care for these patients.” 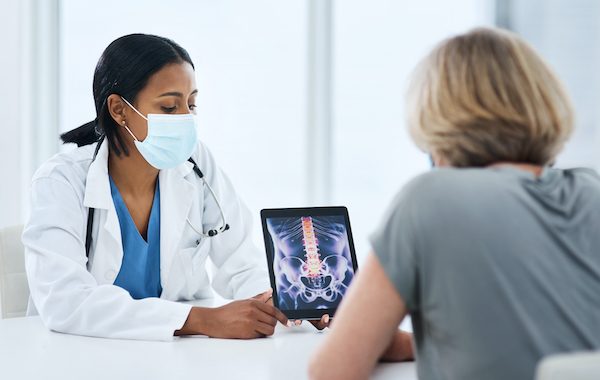 After the fall: RESTORE bone health and prevent future hip fractures in seniors

Learn more about the RESTORE program