Brandon Barton had barely started unpacking from the trip of a lifetime when he went into a precipitous downward spiral. What the worship arts pastor at Lake Church in Arlington initially self-diagnosed as being overly tired from a long flight home on March 13 soon turned into a 102.8 degree temperature and a trip to the emergency room.

Testing at Texas Health Arlington Memorial confirmed that he was positive for COVID-19. Mr. Barton self-quarantined at his home for the next 15 days while recovering. He and his wife, Allison, spent part of that time apart scouring news reports and online information for ways to help those affected by the disease. Their search uncovered a way to donate – not money, but blood.

When he recovered, Mr. Barton immediately signed up for consideration as a potential plasma donor. People who have recovered from COVID-19 have built up levels of antibodies to defend the body against the SARS-CoV-2 virus. On April 13, after tests on him came back negative for active COVID-19, Mr. Barton became one of the first convalescent plasma donors in North Texas. 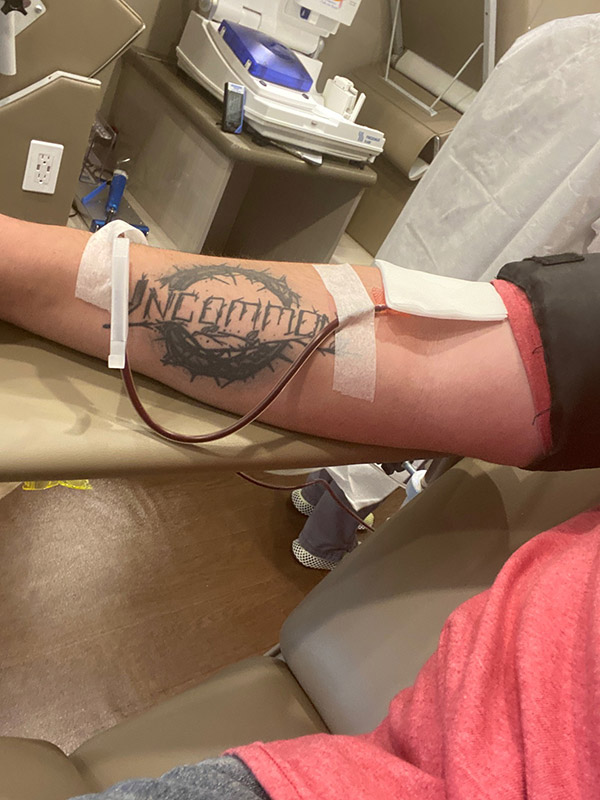 “My wife first brought it to my attention. She saw an online story about a family in Midlothian asking someone, anyone to give their antibodies to help the father. Allison researched and found that UT Southwestern and the Red Cross were recruiting plasma donations to Carter BloodCare to help those in need,” he said.

Plasma is the clear, straw-colored liquid portion of blood that remains after red blood cells, white blood cells, platelets, and other cellular components are removed, said Dr. Ravindra Sarode, Professor of Pathology and Internal Medicine at UTSW and Medical Director of Clinical Laboratory Services. As a blood component, it comprises about 55 percent of whole blood and contains water, salts, enzymes, antibodies, and other proteins. Plasma carries out a variety of functions in the body, including aiding clotting, fighting diseases, and performing other critical functions.

Clinicians nationwide are testing whether the century-old treatment – known as convalescent serum therapy – is effective against SARS-CoV-2. Those with serious or immediately life-threatening COVID-19 infections can elect to receive antibody-rich plasma taken from recovered patients through the Food and Drug Administration’s emergency Investigational New Drug Application (eIND). Hospitalized patients receive one to two units of plasma – typically 200-250 milliliters per unit – that is compatible with their blood type. 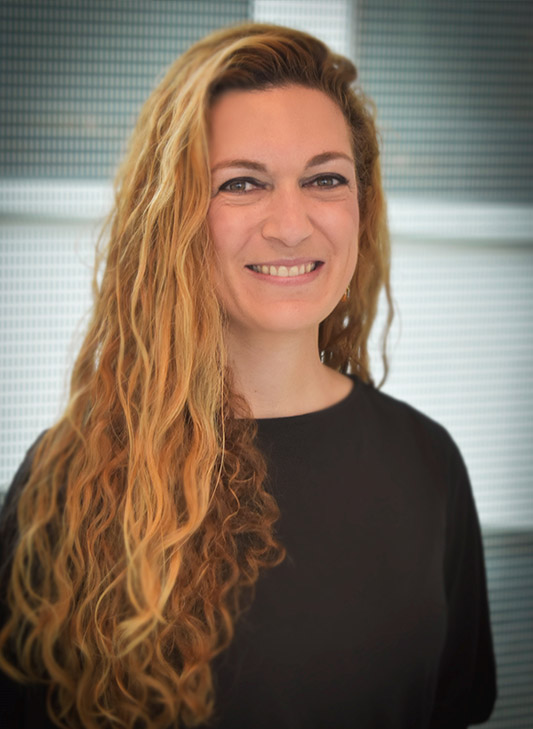 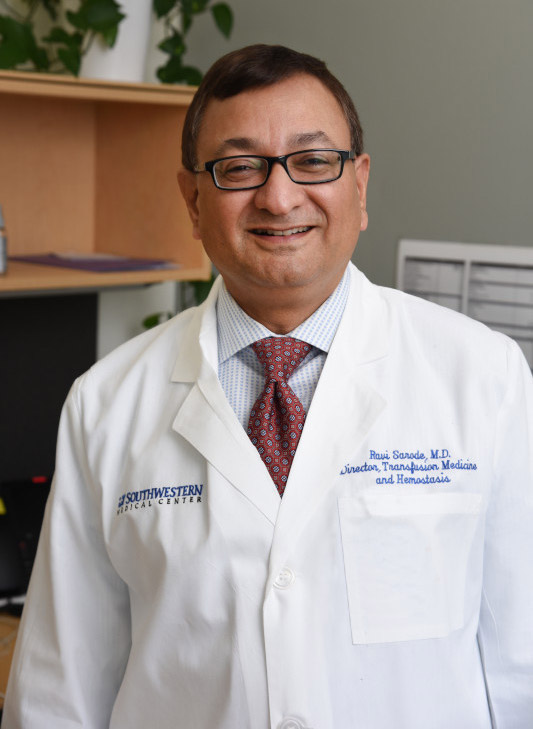 UT Southwestern played a lead role in establishing a plasma donation process in North Texas after the FDA issued guidance on March 28 on investigational use of convalescent plasma, said Dr. Nicole De Simone, an Assistant Professor of Pathology. With the support of University administration, the UT Southwestern COVID-19 Plasma Program was created with a website providing information for potential donors, including an online eligibility questionnaire.

More than 200 donors, including Mr. Barton, had been screened at UTSW by late April and met initial eligibility criteria, and about 150 units of convalescent plasma had been collected at Carter BloodCare for patients in need in Dallas-Fort Worth and throughout Texas. By early May, North Texas had become one of the leading plasma donation sites in the country, Dr. De Simone said, and UT Southwestern began referring potential donors to Carter BloodCare for screening.

Convalescent plasma has proved effective in past pandemics. It successfully reduced mortality rates of the Spanish influenza outbreak in 1918 and hemorrhagic fever in 1979, though it proved far less effective in treating the Ebola virus in 2014. Convalescent plasma usage also has been studied for other respiratory epidemics, including the H1N1 influenza in 2009-2010, SARS-CoV-1 in 2003, and MERS-CoV in 2012.

At UTSW, a multidisciplinary team including infectious disease, pulmonary critical care, and transfusion medicine physicians has developed criteria to identify potential patient recipients for the plasma, explained Dr. De Simone. These patients have been admitted to the intensive care unit and have severe illness, typically consisting of respiratory failure. Since patients are intubated, their legal authoritative representative is contacted to discuss and consent for convalescent plasma transfusion. As of May 6, four patients at William P. Clements Jr. University Hospital and 10 at Parkland Memorial Hospital have received compassionate-use transfusions from UTSW clinicians. Results have been mixed, with some patients showing improvement and others not.

Plasma is collected from voluntary donors through a process called plasmapheresis. Whole blood is sent though a centrifuge in a blood cell separator apheresis machine, which separates plasma from the remaining blood cells that are then retransfused in a saline solution back to the donor. The convalescent plasma in turn is stored by a blood bank like Carter BloodCare and can be used to transfuse critically ill patients.

Mr. Barton said he had never even donated blood before, but his decision to donate plasma was not hard.

“God put me in this position to do whatever I can for another. Of all the decisions I’ve had to make in my life, this was the easiest,” he said. “Donating blood takes about 30 to 45 minutes, and producing the plasma is one to two hours more. The sensation when they were putting my blood cells back in was strange until it was explained and I understood what was happening so I could relax.”

Mr. Barton said the initial 15-day stay in his master bedroom was tough. He kept in touch with his wife and their children as best he could while eating meals alone and washing his dishes in the bathroom sink. Equally frustrating was the realization that all three of their young kids – Avaree, 10, Felicity, 7, and Brandt, 5 – came down with the flu at the same time, and that their mother, who is immunocompromised with ulcerative colitis, had to fend for herself while caring for the family. 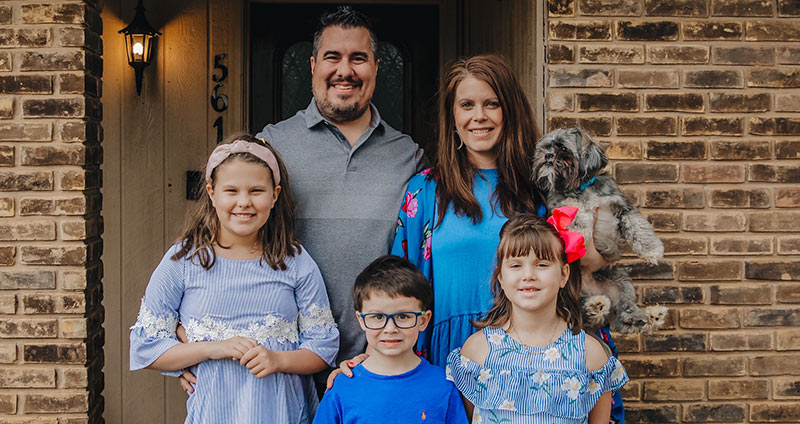 After recovering from COVID-19, Brandon Barton became one of the first convalescent plasma donors in North Texas. Mr. Barton and his wife, Allison, with their children – Avaree, 10, Brandt, 5, and Felicity, 7 – and Beethoven the dog.

Mr. Barton insists he came out of that single-room existence a better man.

“I think God utilized my time in self-quarantine to calm my heart and speak to me,” he said. “I’m extroverted by nature, and it was very hard to stay still and separate from my family and others. But I came out of isolation determined to do something to help others through their challenging times.”

Looking back, the protocols in play for Mr. Barton’s return journey from his overseas mission trip to Israel changed drastically within days, he noted. At the time, there were no flight restrictions or testing of international travelers that could have given early warning about coronavirus risk when he connected through New Jersey’s Newark Liberty International Airport for the final leg of his flight to Dallas.

“I don’t sleep on planes, and as a result had been up for 48 hours,” he remembered. “I attributed it all to being tired. By the time I got home, I knew I was a little warm, but when I woke that night I was burning up.”

Now, every day is cherished and shared.

“Lives are being changed by the small acts of others during this time,” Mr. Barton said. “We now walk as a family each night – something we’ve never done before – just to be together and to see people outside and check on how they are doing. The past eight weeks has been a blessing and I’ve already said I’m ready to donate plasma again when I’m able.”