This story was originally posted on Center Times Plus on November 13, 2018.

Scientists from UT Southwestern hosted their counterparts from the German DLR Institute of Aerospace Medicine at a symposium here recently to initiate a collaboration to help prepare for human travel to Mars.

NASA’s goal is to send manned spacecraft to the Red Planet by the 2030s. A private California company, SpaceX, has said it wants to launch a manned Mars mission in 2024. The prospect of traveling 35 million to 250 million miles of space – depending on where Earth and Mars are within their respective orbits – raises a number of questions: 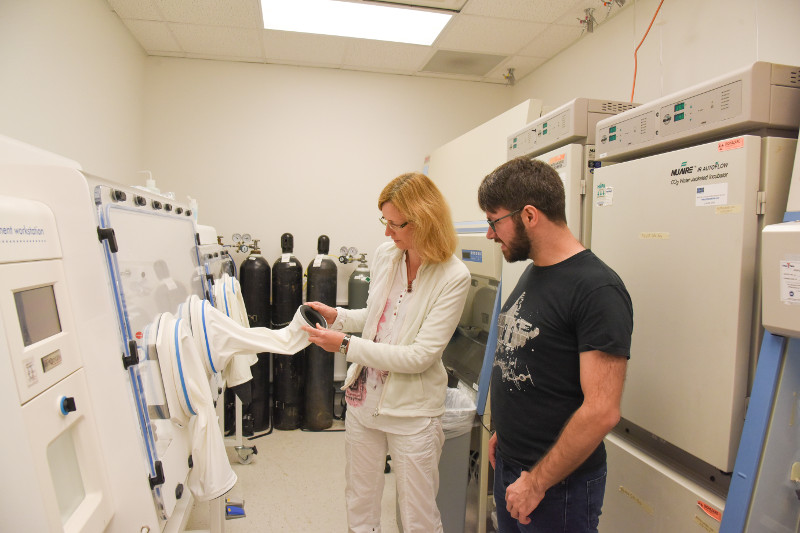 Left to right:  Dr. Christine E. Hellweg, head of Radiation Biology at the Institute of Aerospace Medicine in Cologne; and Sebastian Diegeler, a DLR Researcher and doctoral student, in a UT Southwestern lab. Work there includes examination of cell culture under reduced oxygen concentration.

NASA estimates it has the technology to get a manned craft to Mars in about eight months – a time it hopes to improve upon before such a rocket is launched. Once there, the astronauts would likely wait for the two planets to come closer before returning home. So a voyage would take at least two years, maybe even three.

A six-month flight to Mars with an 18- to 20-month stay plus a flight back to Earth would likely expose astronauts to about 1.2 sieverts (Sv) of radiation, said Dr. Yuji Nakada, Instructor of Internal Medicine at UT Southwestern. That is more radiation than some of the victims who suffered radiation sickness were exposed to in the atomic blast in Hiroshima during World War II, he said.

“The Mars mission may cost the astronaut’s life,” Dr. Nakada said. “Before sending astronauts to Mars, we have to figure out how much radiation affects the astronauts and if there is any way to avoid or cure the problem.”

Even if astronauts escape radiation sickness – which can cause nausea, vomiting, diarrhea, and blistered skin – their chances of developing cancer later in life could rise along with their level of radiation exposure, said Dr. Jerry Shay, Professor of Cell Biology at UT Southwestern. 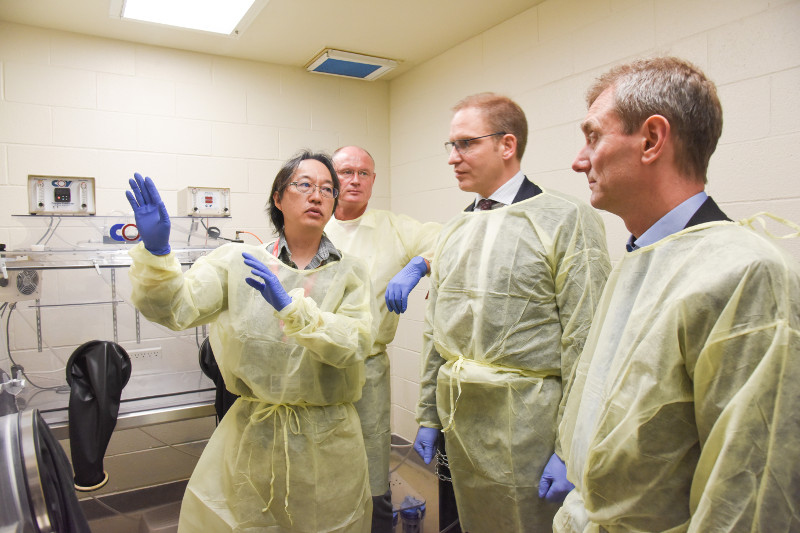 The University’s researchers have conducted studies at NASA’s Space Radiation Laboratory at Brookhaven National Laboratory in New York to evaluate the risks and look for ways to reduce them. Working with mouse models, they have learned that the body can usually repair cells penetrated by radiation – with less than 10 percent of resulting premalignant colon or lung tumors going on to become invasive cancer, Dr. Shay said.

Also, trials are underway to test a potential treatment. A drug derived from Spanish moss reduces radiation-linked cancer deaths in mouse models by possibly blocking the cellular-level oxidative stress that leads to cancer, he said.

In Germany, the DLR Institute of Aerospace Medicine at the German Aerospace Center (DLR) in Cologne is studying the radiation levels astronauts will encounter as well and trying to develop ways to ward off DNA damage, said Dr. Christine E. Hellweg, head of Radiation Biology at the Institute. She mentioned earlier cataract formation in the eye lens as another radiation risk.

A second source of eye damage caused by space travel has been studied extensively by UT Southwestern’s Dr. Benjamin Levine, Professor of Internal Medicine and Director of the Institute for Exercise and Environmental Medicine, a collaboration between UT Southwestern and Texas Health Presbyterian Hospital Dallas.

In addition to radiation’s effects, space’s low- or no-gravity environment causes blood to shift from the lower extremities to the head, resulting in “Puffy Face-Bird Leg Syndrome,” Dr. Levine said. On Earth, gravity pulls downward on the body, lowering pressure inside the skull. In space, without this gravity effect, the increased pressure inside the skull results in gradual changes in the shape of the eyeball and can affect vision. In fact, NASA packs glasses so astronauts can correct for the vision change, Dr. Levine said.

UT Southwestern has worked with Recreational Equipment Inc. (REI), an outdoor equipment retailer, to design a sleeping bag with a pump that sucks air below the heart to rebalance blood distribution toward the legs and reproduce the normal unloading of the brain that occurs during the upright posture.

When it comes to bone loss, Dr. Jörn Rittweger, head of the Department of Muscle and Bone Metabolism at the DLR Institute of Aerospace Medicine, explained that the stress of moving muscles – not the body’s weight – maintains bone mass. Fortunately, that means exercise can reduce this problem for astronauts, while also maintaining muscle mass and strength and the body’s interior equilibrium, or metabolic milieu intérieur, according to Dr. Rittweger.

Researchers at the symposium also discussed sleep issues in space, as well as the effect of reduced oxygen levels on the heart and brain – and the potential benefits of some of their findings for non-astronauts here on Earth.

And they made clear this is a discussion they want to continue, suggesting joint grant applications and research projects, as well as graduate student exchanges.

“We have identified complementary research interests,” said Dr. Jens Jordan, Head of the DLR Institute of Aerospace Medicine. “We are really interested in building a scientific exchange program. Our goal is to maintain astronauts’ health in space and to apply the knowledge to improve life for patients on Earth.” A special memorandum of understanding between the DLR and UT Southwestern is planned to be signed in early December to cement the relationship.

The symposium was sponsored by UT Southwestern’s Global Health Initiative and Department of Internal Medicine, as well as by DLR project funding in international cooperation.

“This was a unique opportunity to build a relationship between the German Aerospace Center and researchers here at UT Southwestern,” Dr. Levine said.