For his efforts, Dr. Idris was recently awarded the 2021 American College of Emergency Physicians (ACEP) Award for Outstanding Contribution in Research, which honors an ACEP member for advances in emergency medicine research. 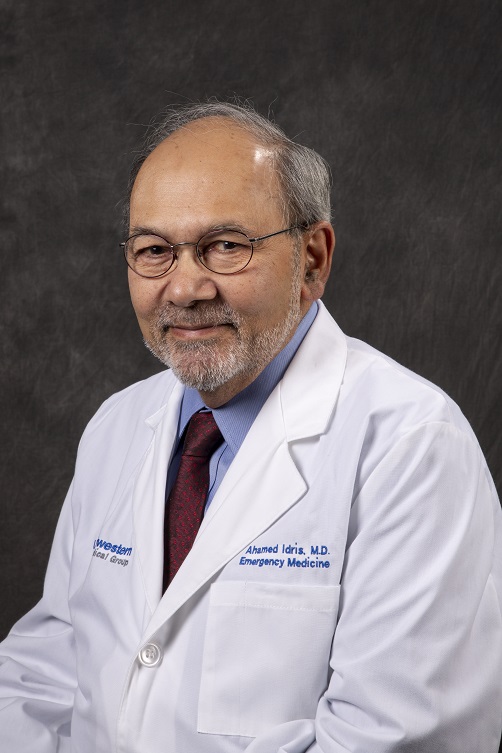 Dr. Idris fell in love with medicine as a combat medic with the U.S. Army. He was awarded the Bronze Star Medal for his service with the 1st Air Cavalry in Vietnam. Following his military service, he earned a bachelor’s degree in biology from Northwestern University and his medical degree from Rush Medical College in Chicago. During his residency at Cook County Hospital, he co-authored a study on transfers to a public hospital that was published in The New England Journal of Medicine in 1986 and led to the Emergency Medical Treatment and Labor Act (EMTALA).

After serving on the University of Florida Emergency Medicine faculty, where his research focused on laboratory models of low blood flow states such as shock and cardiac arrest, Dr. Idris joined UTSW in 2003. He served as the DFW Principal Investigator for the National Institutes of Health (NIH)-sponsored Resuscitation Outcomes Consortium that conducted large-scale clinical trials from 2004 to 2016.

A past National Chair of Basic Life Support for the American Heart Association, Dr. Idris has served as a consultant to the NIH, the U.S. Army, and NASA. From 1994 to 2003, he was Director of the NASA Human Space Flight Rescue Team for the space shuttle, and in 2008 he was inducted into the NASA Space Technology Hall of Fame for his work on the impedance threshold device, which is now onboard the International Space Station. He currently serves as Director of the DFW Center for Resuscitation Research.