Blake Nichols, M.D., was diagnosed at the age of 3 with Type 1 diabetes. Now, as an Assistant Professor of Pediatrics at UT Southwestern, his research is giving back to children who also have this chronic disease. 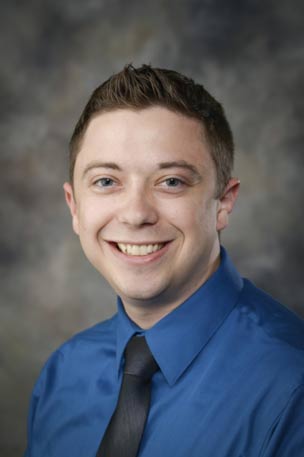 In conjunction with Division of Pediatric Critical Care Chief Jessica Moreland, M.D., and the Moreland lab, Dr. Nichols’ latest study, published in the Journal of Leukocyte Biology, investigated why some children with Type 1 diabetes develop a complication called diabetic ketoacidosis (DKA), a life-threatening condition characterized by a sudden rise in blood sugar accompanied by low blood pH. Particularly in children, DKA can spur brain swelling that can trigger a stroke, necessitating emergency care.

Although researchers have long known that immune cells called neutrophils attack the pancreas in Type 1 diabetes patients, causing the loss of insulin-producing cells, it was not known whether neutrophils also play a key role in DKA. To answer this question, Dr. Nichols and the Moreland lab compared the neutrophils of healthy children to those with Type 1 diabetes who haven’t had DKA, and to those from children admitted to the hospital with DKA.

Their results show that neutrophils in DKA patients have a different “signature” compared to those in healthy patients and Type 1 diabetes patients without DKA. Unlike the other two groups, neutrophils in DKA patients displayed higher levels of a surface protein called CD11b, which cells produce when they’re primed to launch an immune attack. Further research showed that this priming appeared to be independent of the patients’ glucose control or their blood-acid levels, suggesting that elevated CD11b may precede the onset of DKA.

In addition, immune cells in DKA patients were more likely to carry a mutation in a single DNA nucleotide within a receptor called TLR-1, a variation associated with hyperinflammation.

Dr. Nichols said the findings could eventually lead to a blood test to predict the likelihood of a Type 1 diabetic developing DKA and lead to new treatments.

"Knowing which patients are at the highest risk can help us manage them better in the outpatient world,” he added, “and help us develop ways to potentially prevent this complication from happening."

This work was supported by a grant from the National Center for Advancing Translational Sciences of the National Institutes of Health (UL1TR001105).

Dr. Moreland is a Professor of Pediatrics and Microbiology who holds the Thomas Fariss Marsh, Jr. Chair in Pediatrics.