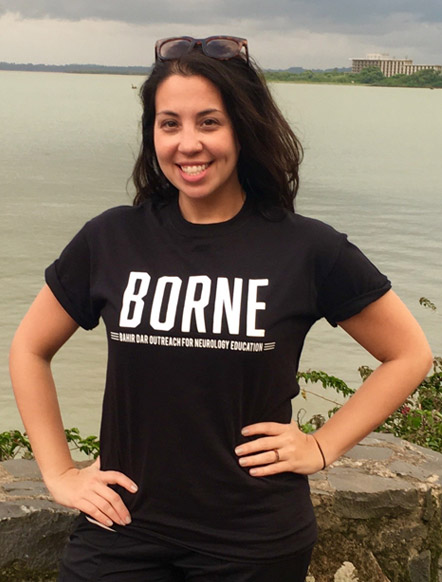 Dr. Lindsay Flax, Assistant Instructor of Emergency Medicine, is often the first line of defense when a patient arrives at Parkland Memorial Hospital’s emergency room in critical condition. Her expertise in resuscitation, critical care, and acute care guides the triage of patients for lifesaving treatment. 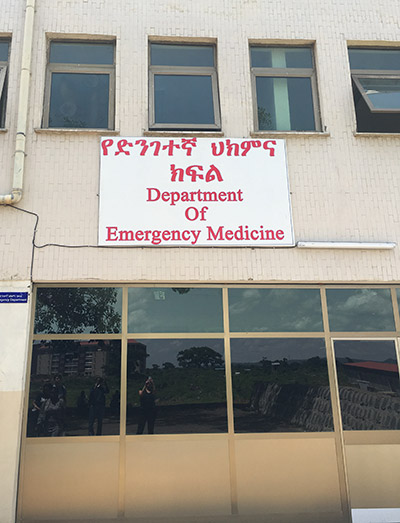 “I feel encouraged that there is an understanding in Ethiopia of the need for a frontline doctor with critical care experience,” Dr. Flax said. “For example, having a doctor be able to manage a patient’s airway immediately without having to call specialty services is invaluable. I look forward to supporting emergency medicine education for Ethiopian physicians on how to integrate the specialty into their health care system to improve morbidity and mortality.”

Dr. Mehari Gebreyohanns, BORNE’s founder and an Assistant Professor of Neurology and Neurotherapeutics, began the partnership in 2016 after learning the hospital had no neurologists. While BORNE’s primary focus remains developing neurology services there, as the partnership has evolved, the participation of other UT Southwestern physicians who work closely with neurology has grown. Emergency medicine, internal medicine, and physical medicine and rehabilitation specialists have all worked with the program. 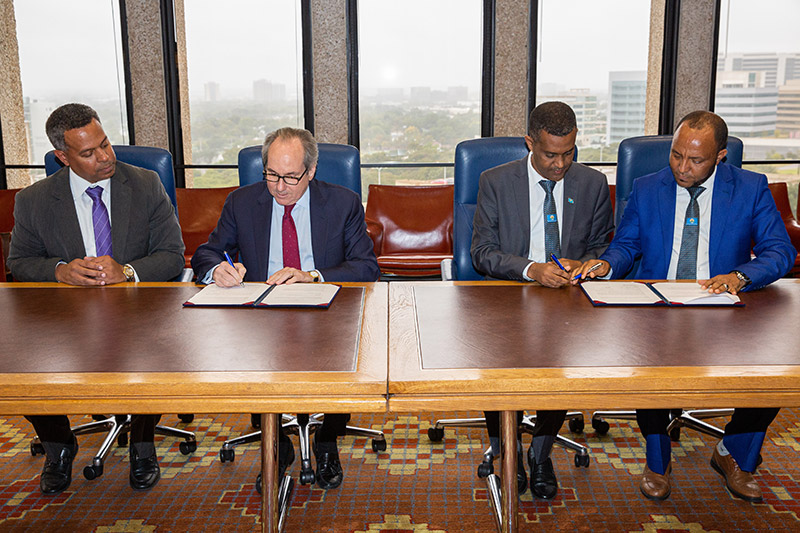 BORNE’s success prompted a formal partnership between UT Southwestern and Bahir Dar University Hospital, with a memorandum of understanding signed in October to facilitate collaborative educational, clinical, and research activities between the two institutions.

“When I first started working in Bahir Dar, it was just me giving lectures and doing clinical rounds at the hospital. But each year since, we’ve been able to expand the educational opportunities and have recruited the support of physicians from different departments,” Dr. Gebreyohanns said. 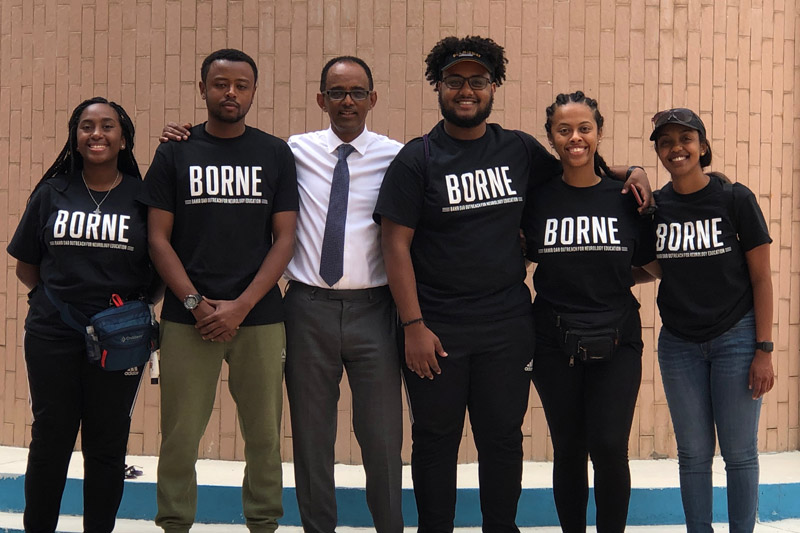 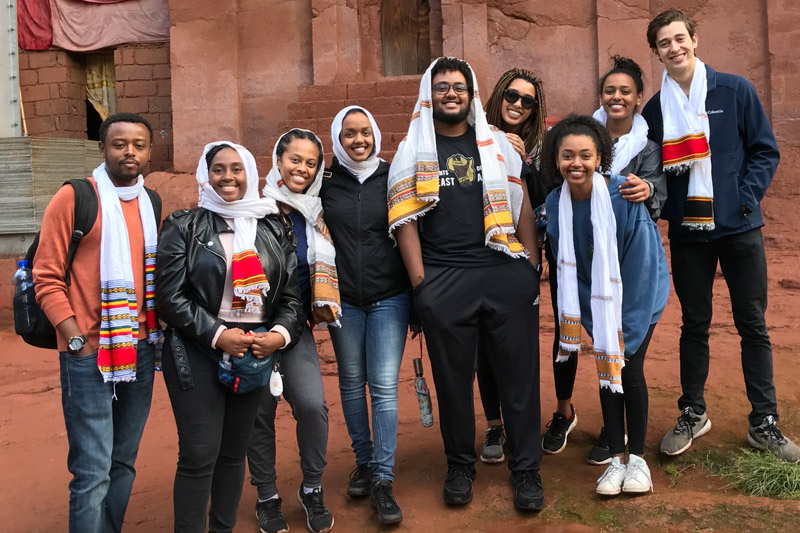 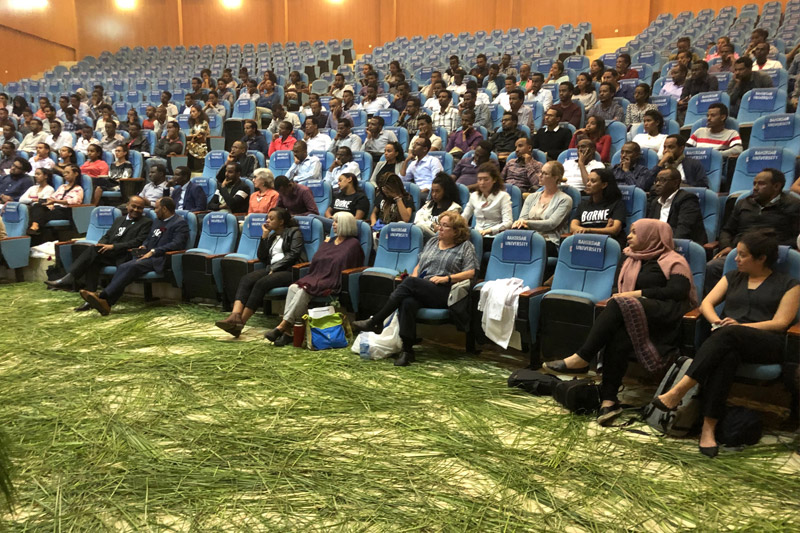 285 participants from around the local region attended a two-day medical symposium sponsored by BORNE.

During the visit, BORNE sponsored a two-day symposium and workshops attended by 285 participants. Separate from the event, UTSW’s medical team also conducted teaching rounds and lectures.

Since 2016, Bahir Dar University Hospital has added one neurologist to its staff and is developing a neurology residency training program. BORNE also is assisting in training electroencephalogram (EEG) technicians there and sponsors web-based certification courses for trainees. Meanwhile, UTSW has experimented with a tele-EEG system as an additional resource to enable UTSW doctors here in Dallas to interpret test results that are uploaded from Bahir Dar.

“People have had to be educated about epilepsy not being caused by an evil spirit and learning it can be managed with medication, and Ethiopians didn’t even have a medical term for stroke,” Dr. Gebreyohanns said.

The neurologist created the term “ye-angol tikat”  translated in Amharic as “brain attack” to help educate patients about the condition.

“Stroke used to be the No. 3 cause of mortality in the United States, but through awareness campaigns and creating standardized care in hospitals it has dropped to fifth, so we know education works. Now we want Africa to be the beneficiary of our experience in the U.S.,” Dr. Gebreyohanns said.

“It’s important that our residents learn that many other parts of the world do not have the same medical resources available at UT Southwestern – so you have to be creative about how to solve problems,” Dr. Gebreyohanns said. “We hope the program will teach them something that will spur their thinking so they can also solve problems in America where low-resource communities also exist.” 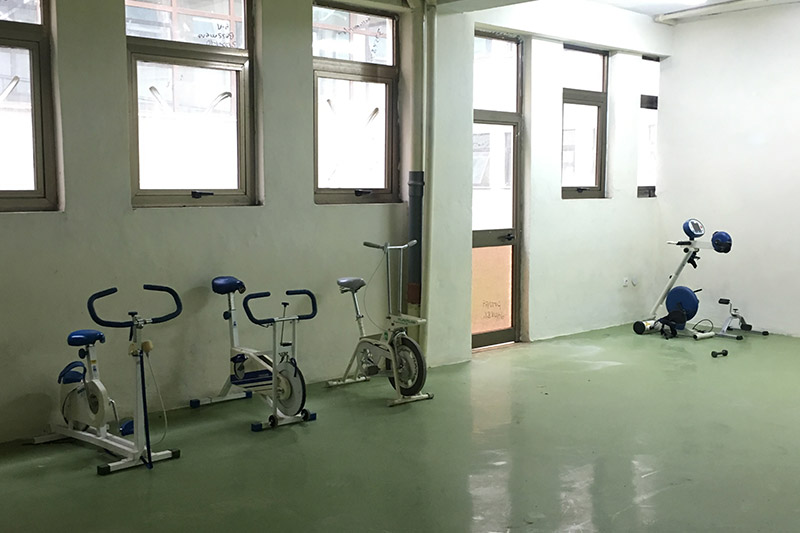 The only physical therapy space at Tibebe Ghion Specialized Hospital - Bahir Dar University reveals limited resources. The teaching hospital does not have any physical medicine and rehabilitation specialists.

This is the exact lesson fourth-year UTSW resident Dr. Dominique Van Beest, a physical medicine and rehabilitation specialist, received as she conducted post-stroke care education on the outreach trip.

In preparation to lead workshops, Dr. Van Beest learned a new medical technique. It replaces an ankle-foot orthosis, commonly used in Western medicine, with an elastic bandage to treat foot drop, a gait abnormality that often occurs after a stroke and involuntarily positions the foot in a downward angle. 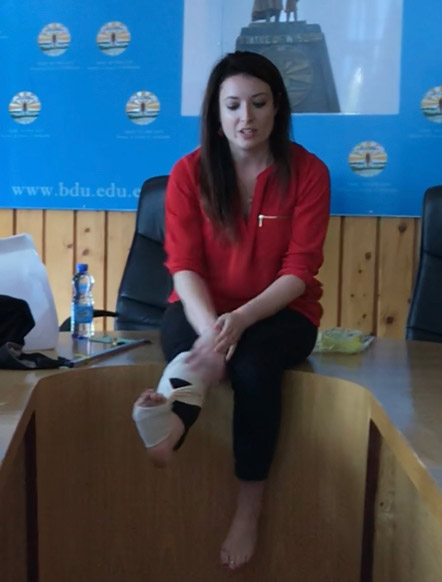 Dr. Dominique Van Beest leads a workshop to show attendees how to substitute an ankle-foot orthosis using an Ace bandage.

“At Parkland, I call Prosthetics and Orthotics and they arrive with exactly what I need – like magic. But that’s not an option in Bahir Dar, so we used Ace wrap to show students how to pull the foot back and how to stretch those muscles to help a patient walk,” said Dr. Van Beest, a 2016 UTSW Medical School graduate.

Working with BORNE was her first professional international experience, and she said her 17-day visit in Bahir Dar made her think more critically about using medical resources. Additionally, because Dallas-Fort Worth is home to tens of thousands of Ethiopian immigrants, Dr. Van Beest said the trip has been beneficial in connecting with patients of Ethiopian descent whom she often treats at Parkland.

“It’s always good to find a way to connect with a patient, and I think being able to know something about their home country is a good way to bond – and hopefully make a patient more comfortable in the hospital, which can obviously be a scary situation,” Dr. Van Beest said.

As BORNE continues to grow, leaders are considering training opportunities that would bring doctors and students from Bahir Dar to UTSW. The initiative is also planning to publish a stroke awareness research project using data collected on the streets of Bahir Dar.

“Many of the causes of stroke are preventable, so prevention is the best investment,” Dr. Gebreyohanns said. “Creating tools for people to understand the signs of stroke combined with improved hospital standardized care will only mean better outcomes.”

Since beginning the BORNE Initiative in 2016, Dr. Gebreyohanns’ medical outreach in Ethiopia has gained considerable public attention. On April 4, he will speak about his passion for global health education and telemedicine as part of the TEDxPlano conference.