This story was originally posted on Center Times Plus on February 4, 2019.

Two innovators in gene therapy – one of the hottest fields in biomedical research, given its potential to transform medicine by discovering cures for deadly genetic diseases – will speak at the first President’s Lecture Series presentation of 2019.

Dr. Eric Olson, Professor and Chair of Molecular Biology and Director of the Hamon Center for Regenerative Science and Medicine, is investigating the use of gene-slicing CRISPR-Cas9 technology to cut out or bypass defective DNA patches in the search for a cure for Duchenne muscular dystrophy. Meanwhile, Dr. Steven Gray, Associate Professor of Pediatrics and a member of the Hamon Center, creates viruses used to insert missing genes or to override defective ones. His research focuses on rare neurological defects that can be fatal in children.

The two scientists will share the podium at 4 p.m. Feb. 28 at Tom and Lula Gooch Auditorium on South Campus, speaking on “Gene Therapy and Gene Editing – New Hope for Rare Diseases.”

Dr. Gray’s clinical research involves injecting missing genes or replacements for defective genes into patients who need them. He first designs and builds a variation of a harmless virus called adeno-associated virus (AAV) that can carry a healthy version of the gene to the nucleus inside a patient’s cells. By injecting trillions of the gene-laden viruses, he can “infect” the patient with these specks of missing genetic material. Dr. Gray’s work is underway in a small clinical trial with 11 children who have a neurological disorder known as giant axonal neuropathy (GAN). This disease can lead to a loss of body movement and mental function and, ultimately, to death.

In contrast, Dr. Olson’s research uses AAV viruses to deliver enzymes that can find and edit mutated genes so they start working correctly. In this process, called CRISPR gene editing, a short sequence of RNA, analogous to a molecular GPS device, directs an enzyme, called Cas9, to a defective sequence of DNA. The Cas9 enzyme then cuts that section of the gene out or – using Dr. Olson’s most recent strategy – simply makes a snip that neutralizes that DNA section. Once the tiny cut is made, the body’s gene-copying machinery ignores that spot, skipping over it as it reads the DNA to create a now-functioning dystrophin gene to build healthy muscle.

Since 2013, Dr. Olson has used CRISPR-Cas9 to seek a cure for Duchenne – a type of muscular dystrophy caused by a defect in the dystrophin gene. The disease affects 1 in 5,000 boys and often leads to muscle deterioration and early death. So far, he has successfully corrected dystrophin gene mutations in mice, in human cells outside the body, and – last year – in dogs. Tests in humans could be just a year or two away, he said.

“Gene therapy really has the potential to transform the way medicine is done,” said Dr. Gray, who came to UT Southwestern from the University of North Carolina at Chapel Hill. “Traditional medicine’s approach is to design a pill that the patient takes for the rest of his or her life. In gene therapy and gene editing, after one injection, the problem is fixed permanently.”

Interest in gene therapy exploded in the 1990s after a patient was treated at the National Institutes of Health using a virus carrying a therapeutic gene. But the scientific community pulled back after a death in 1999 during a gene therapy trial. Still, research continued. In 2008, Dr. Gray was a postdoctoral researcher in the UNC School of Medicine’s Gene Therapy Center when the mother of a 3-year-old girl diagnosed with GAN called the lab. The mother had founded a group to raise money for research, and she wanted someone from the lab to attend a conference in Boston.

Dr. Gray’s mentor, Dr. R. Jude Samulski, Director of the UNC Center, chose him. Dr. Gray soon received a $300,000 grant from the organization, and he has been researching AAV repairs for rare neurological diseases ever since.

Using CRISPR-Cas9 to locate and repair DNA glitches came later. Dr. Olson remembers one of his students spotting a 2013 article on the emerging CRISPR-Cas9 technology and asking if their lab could do something with it. “I emailed him back within 60 seconds: ‘We should cure Duchenne muscular dystrophy.’ It was like a lightbulb went off in my head.”

Now, Dr. Olson plans to meet with Food and Drug Administration representatives later this year to ask permission to test his Duchenne treatment in humans, working through Exonics Therapeutics, a company he helped found that has licensed his technology from UT Southwestern. Dr. Olson is also a consultant for Exonics and has license and investment interests with the company.

As they search for cures for fatal diseases that strike children and young adults, both scientists exhibit a passionate commitment.

“It’s such a poignant disease,” Dr. Olson said of Duchenne, pulling up pictures of toddler and preschool boys on his computer – photos desperate moms have sent of sons with cherub cheeks, mischievous smiles, and still-bright eyes.

“You see these young boys and their lives are just slowly taken away from them as they progress downhill,” he said. “If the child has a younger brother, chances are 50-50 he will have the mutation too. Then he watches his older brother go through his decline, and just knows he’s following that downward progression.”

Dr. Gray described how he felt the first time he watched a young GAN patient being treated with the gene therapy he created: “I won’t take anything away from seeing my kids being born,” he said, “but that was a close second.”

Dr. Gray is also an Associate Professor of Molecular Biology, of Neurology and Neurotherapeutics, and is a member of the Eugene McDermott Center for Human Growth and Development. 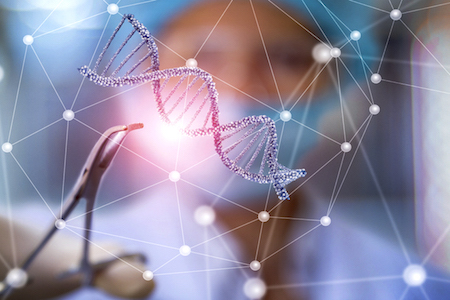 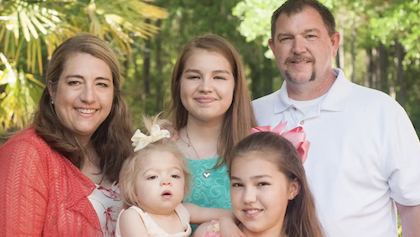 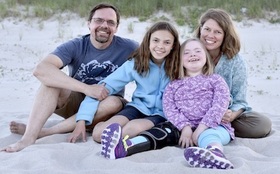