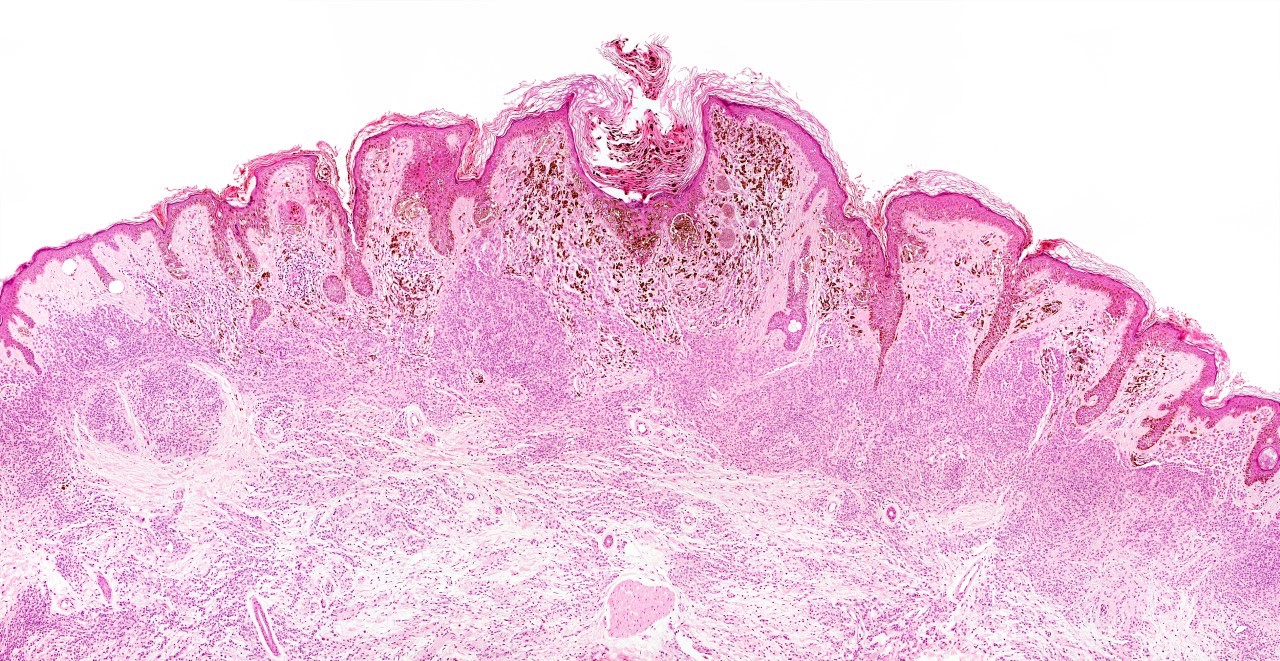 The study found that melanoma cells (above) pass through the lymph nodes and pick up a protective coating, allowing them to survive high levels of oxidative stress and go on to form distant tumors.

DALLAS – Aug. 19, 2020 – For decades, physicians have known that many kinds of cancer cells often spread first to lymph nodes before traveling to distant organs through the bloodstream. New research from Children’s Medical Center Research Institute at UT Southwestern (CRI) provides insight into why this occurs, opening up new targets for treatments that could inhibit the spread of cancer.

The study, published today in Nature, found melanoma cells that pass through the lymph nodes pick up a protective coating, allowing them to survive high levels of oxidative stress in the blood and go on to form distant tumors.

Most cancer deaths happen after cancer spreads to other parts of the body through a process known as metastasis. This occurs when cancer cells from the primary tumor spread through blood vessels or migrate through lymphatic vessels before entering the blood.

“Previous research has focused on how cancer cells metastasize through the blood, but very little was known about how these cells compare to cells that metastasize through lymphatics,” says Sean Morrison, Ph.D., the director of CRI and a Howard Hughes Medical Institute (HHMI) investigator. “Our data suggest that passing through the lymphatics can promote the survival and spread of melanoma cells by protecting the cells from the oxidative stress they normally experience during metastasis.” 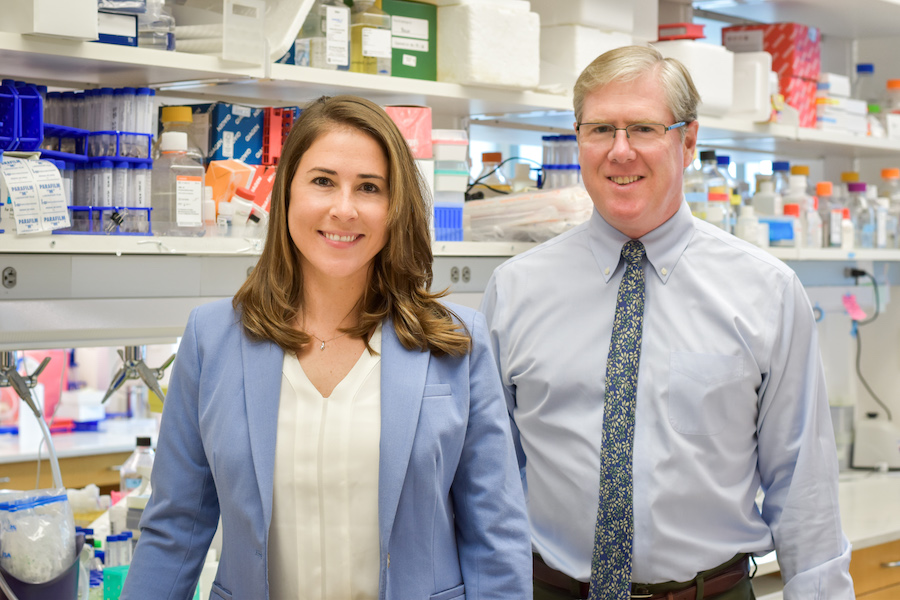 The researchers observed how human melanoma cells behaved when injected intravenously or into the lymphatic system of mice. They found that cancer cells injected into lymph nodes had a better chance of surviving and forming tumors than those injected directly into the blood.

Researchers hypothesized this difference could be explained by the high levels of oxidative stress cancer cells experience when they migrate through the blood. Exposure to oxidative stress in the blood is one reason why metastasis is a very inefficient process in which most cancer cells die before they have an opportunity to grow at a distant site.

“After further analysis, we discovered that the oxidative stress in the blood causes the cancer cells to undergo a specific form of cell death called ferroptosis,” says Jessalyn Ubellacker, Ph.D., lead author of the study and a postdoctoral researcher in the Morrison lab. “In contrast, cancer cells in lymph experience lower levels of oxidative stress and are protected from ferroptosis.”

This protective coating of oleic acid from the lymph thus allowed the cancer cells to safely enter the blood, travel to other locations, and form metastatic tumors. This explains why cancer cells often form tumors first in lymph nodes before metastasizing to distant sites through the blood: They are able to load up on antioxidants in the lymph that protect the cells when they subsequently enter the blood.

“Now that we understand more about why cancer cells are most likely to metastasize initially through lymph, it raises the possibility of treating patients with drugs that target those protective mechanisms in the lymph to inhibit the early stages of metastasis,” says Morrison.

Morrison is a professor of pediatrics at UT Southwestern, a Cancer Prevention and Research Institute of Texas (CPRIT) Scholar in Cancer Research, and a member of the National Academies of Science and Medicine. He also holds the Kathryne and Gene Bishop Distinguished Chair in Pediatric Research at Children’s Research Institute at UT Southwestern and the Mary McDermott Cook Chair in Pediatric Genetics.