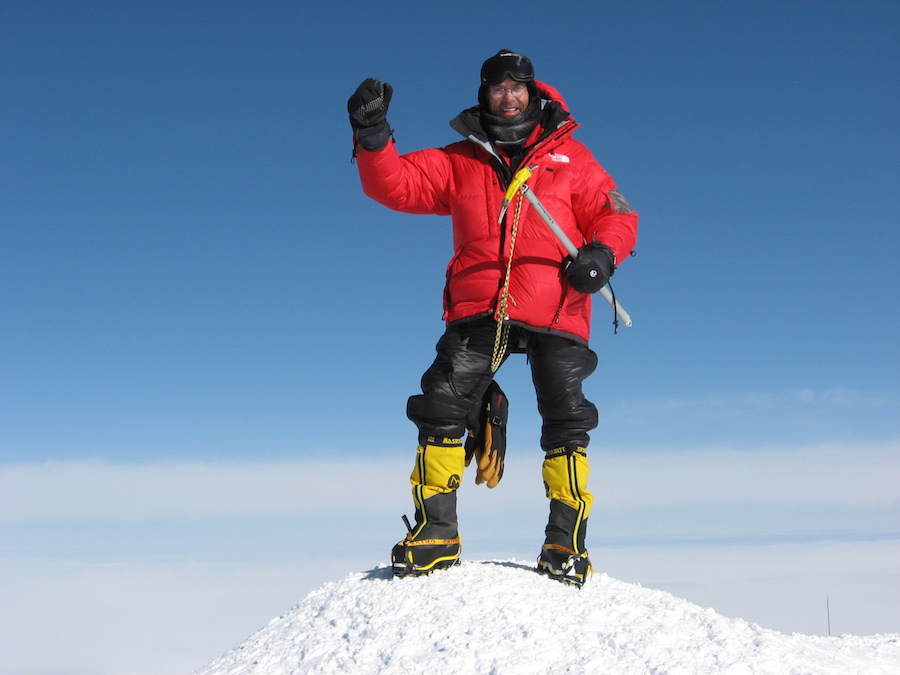 Dr. Biff Palmer at the peak of Mount Denali 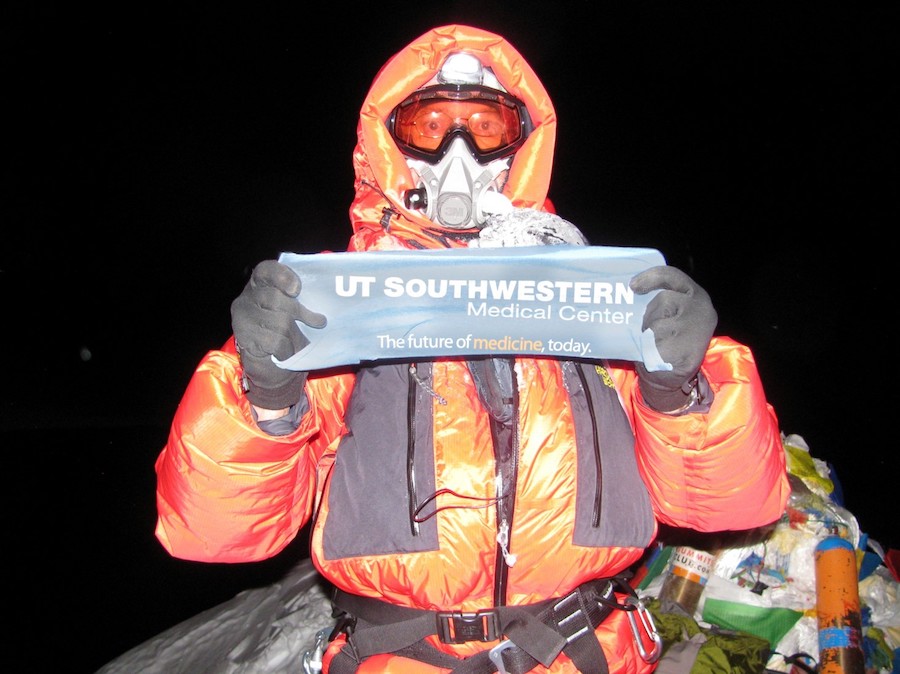 Dr. Biff Palmer at the peak of Mount Everest 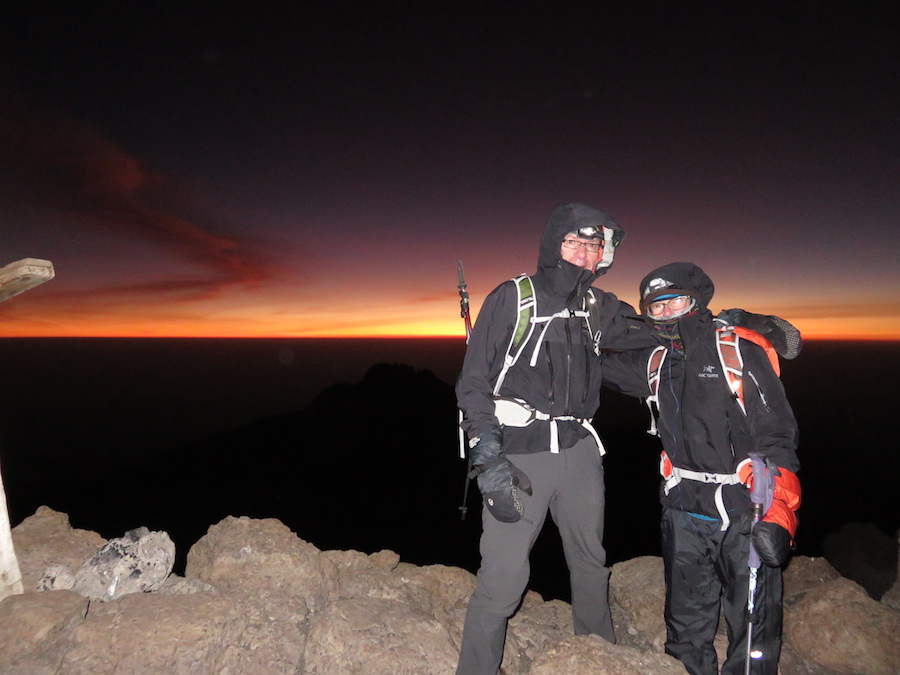 Dr. Biff Palmer at the peak of Mount Kilimanjaro

The tent sits on the mountainside, the subzero winds lashing it with fury. Inside the tent, a climber is wrapped snugly in his sleeping bag. It looks downright cozy, especially juxtaposed with the punishing scene outside.

At least that’s how it seemed to Dr. Biff Palmer as he watched documentary after documentary about mountain climbers.

Sometime in his 40s, Dr. Palmer, Professor of Internal Medicine at UT Southwestern, became fascinated by National Geographic and Discovery Channel programs on mountain climbing. That spark ignited a mountain-climbing passion – one that would lead to his ascent of the world’s most formidable peaks. Dr. Palmer will discuss his climbing adventures at the next President’s Lecture Series presentation, titled “Climbing the Seven Summits: Physiology, Pathophysiology, and Life Lessons Learned.”

His talk will recount his personal journey and explore the physiologic and metabolic changes that occur at high altitudes, including mountain sickness and pulmonary and cerebral edema.

Dr. Palmer’s interest began with the story of Beck Weathers, the climber who survived the 1996 Mount Everest catastrophe documented in Jon Krakauer’s book-turned-movie Into Thin Air. 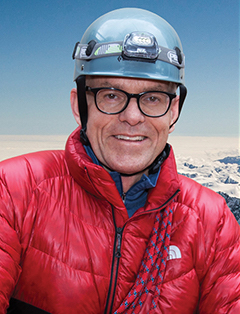 While that harrowing tale would have dissuaded many, it only fueled Dr. Palmer’s growing intrigue. He decided to turn off the TV and start climbing. “I learned that one of the best places to get a taste for this high-altitude mountaineering was Mount Rainier near Seattle, so that’s where I started,” said Dr. Palmer, whose specialty is nephrology.

His first attempt failed, but again, he was inspired to keep pushing. Ultimately, this self-proclaimed couch potato would end up transforming his curiosity into a life’s passion. It has taken him around the world to the top of the highest peaks on every continent – the so-called “seven summits” – including Mounts Everest, Denali, and Kilimanjaro.

“As you go higher and higher, the barometric pressure falls, and that causes a drop in the amount of oxygen that we inhale,” Dr. Palmer said. “And therein lies the challenge. It’s what we call hypobaric hypoxia. People adapt to that in various ways.”

Through the years, he observed another interesting pattern. “When you climb, you lose a lot of weight,” he said. “I’ve looked at how cells in the body adapt to a low-oxygen environment through up-regulation of hypoxia-inducible factor (HIF). I became fascinated by that and I’ve written a few papers about weight loss at altitude. I wondered: If you understand the mechanisms by which people lose weight at altitude, could you apply that to people in the general population?”

He said students often ask him if he thinks it’s too late for them to start climbing. He chuckles.

“It’s never too late to start something like this,” he tells them. “I was probably about 45 or 46. I had never done anything like this before. The oldest man on record to summit Mount Everest is 80, and the oldest woman is 73. That’s the current record. So there are likely to be people in the audience who still have time – or those who could perhaps even break those records.”

If you’re walking around campus, you might spot Dr. Palmer while he’s training. He’s climbing stairs, either at the Nancy B. and Jake L. Hamon Biomedical Research Building or Parkland Hospital, and shouldering a backpack stuffed with bags of peritoneal dialysis fluid.

As for those cozy tent scenes from the climbing documentaries – did they live up to their image?

“Well, you never actually get to feel cozy,” Dr. Palmer says. “You’re always still a little cold. You get comfortable, I guess, but I never have captured what I envisioned it would be like – wrapped up, nice and cozy despite the extremes. It’s always kind of cold.”

But he’s worked through the discomfort to reap the rewards.

“When you go on these expeditions, when you get up to the summit, it is a great feeling. You’re very happy. These mountains are incredibly beautiful. And there is an amazing sense of accomplishment. To be surrounded by these massive and formidable summits – it is truly indescribable!”

Dr. Palmer is a member of the UT Southwestern Academy of Teachers (SWAT) and The University of Texas Kenneth I. Shine, M.D., Academy of Health Science Education. He is designated as a Distinguished Teaching Professor by the University.

Dr. Palmer has written more than 240 articles, and his research has been published in such esteemed journals as the New England Journal of Medicine (NEJM) and the Journal of the American Medical Association (JAMA). 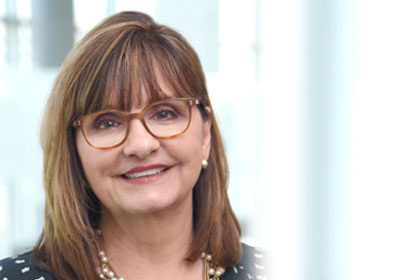 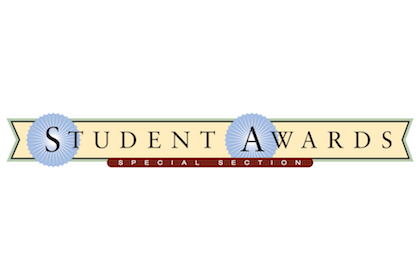 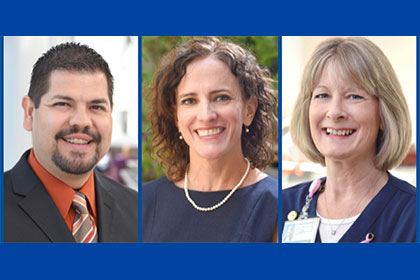 Nominated by their peers and a UTSW selection committee, the winners were chosen by the UT System Office of the Chancellor and UT System Administration executive officers. 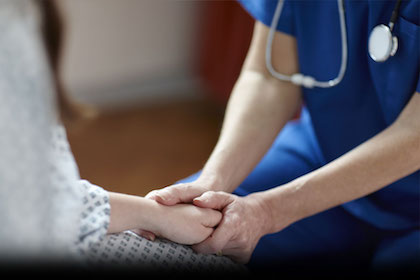 This year, eight UT Southwestern nurses join the ranks of the Dallas-Fort Worth Great 100 Nurses.