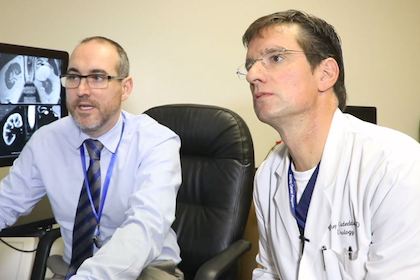 Dr. Ivan Pedrosa, left, and Dr. Jeffrey Cadeddu, right, are co-authors of a study highlighted on the cover of The Journal of Urology on multiparametric MRI (mpMRI) protocols that tell physicians with high confidence whether the tumor is aggressive.

DALLAS – Jan. 02, 2018 – The most common type of tumor found in the kidney is generally quite small (less than 1.5 in). These tumors are usually found by accident when CAT scans are performed for other reasons and the serendipitous finding poses a problem for doctors. Are these tumors malignant and do they need to be surgically removed because they may threaten the patient’s life? Or are they benign and can be left alone?

The decision is often made with a biopsy. By sampling the tumor, doctors are able to determine whether the cancer is benign or malignant. However, biopsies are invasive procedures and not without risks.

Investigators with the Kidney Cancer Program at UT Southwestern Harold C. Simmons Comprehensive Cancer Center have developed a Magnetic Resonance Imaging (MRI) technology that can provide information about the nature and aggressiveness of the cancer without having to perform a biopsy.

The team, led by Drs. Ivan Pedrosa and Jeffrey Cadeddu, co-authors of the study highlighted on the cover of The Journal of Urology, have developed multiparametric MRI (mpMRI) protocols that tell physicians with high confidence whether the tumor is aggressive or not. These protocols allow investigators to evaluate the chemical composition of the tumor without a biopsy. This composition allows doctors to infer what type of cancer it is.

“Using mpMRI, multiple types of images can be obtained from the renal mass and each one tells us something about the tissue,” said Dr. Ivan Pedrosa, Professor of Radiology and Chief of Magnetic Resonance Imaging.

The standardized diagnostic algorithm is largely based on the appearance of the renal mass on specific MRI images, namely T2-weighted images and those immediately after intravenous (IV) dye reaches the kidney. Other images are also used that indicate whether fat is present in the tumor. Based on the algorithm, physicians can recognize clear cell carcinoma (ccRCC), the most common and aggressive form of kidney cancer, with 80% confidence.

The data collected from this study support the use of mpMRI to reduce the number of biopsies. “Biopsies are not entirely free of pain and discomfort,” said Dr. Cadeddu, Professor of Urology and Radiology at UT Southwestern. “Some patients, in fact, choose to observe the cancer simply to avoid the pain of the biopsy,” he says.

Investigators at UT Southwestern continue to push the technology and are hoping in the near future to be able to predict not only the type of cancer, but also to tell how aggressive it is. “If we can avoid the anxiety and the fear and the rare, but possible complication of a biopsy, I think we’re pushing medicine forward,” said Dr. Cadeddu.

Both Drs. Pedrosa and Cadeddu are supported by a Specialized Program of Research Excellence (SPORE) award from the National Cancer Institute, one of two such awards for kidney cancer in the country. 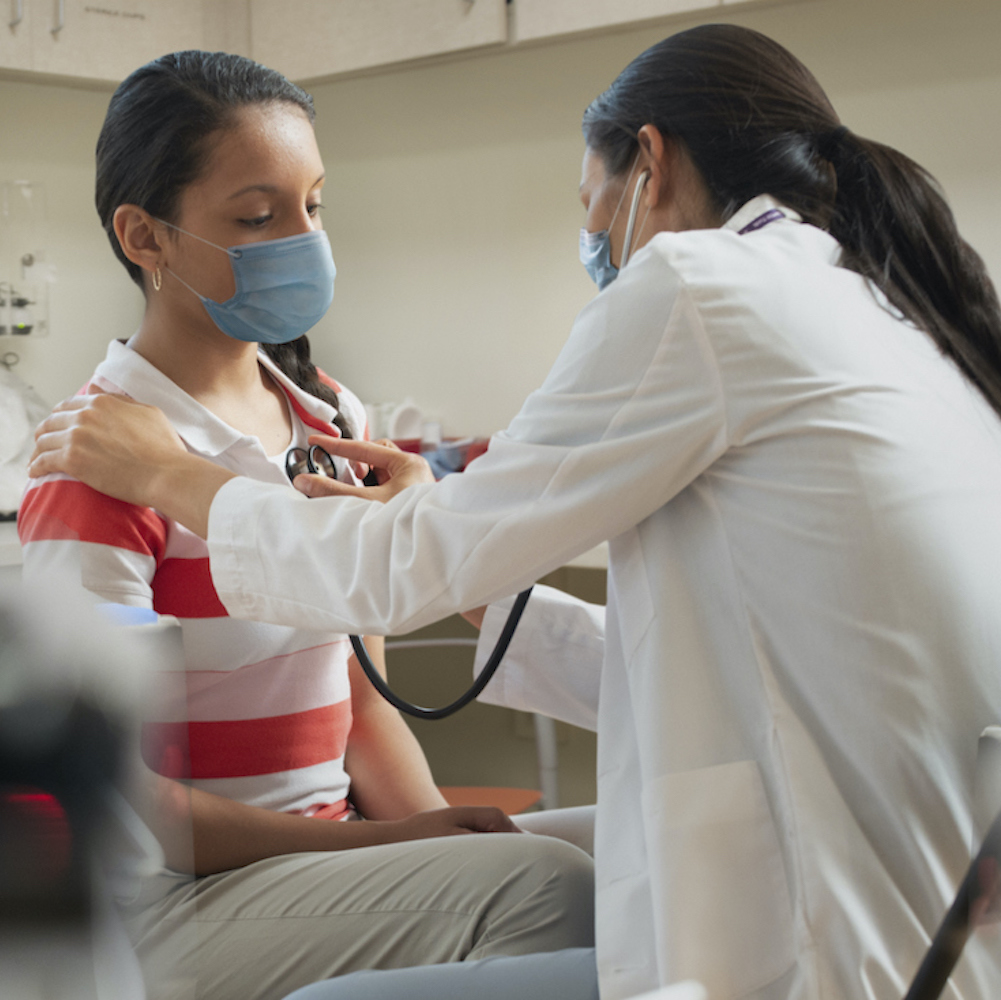