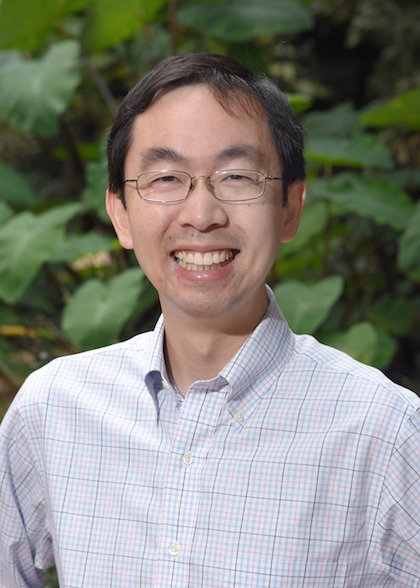 Dr. Gary Hon could never focus on just one gene. Now, he is about to impact the universe. His universe, however, will be encapsulated in Petri dishes growing millions upon millions of cells.

“The human genome is a really big place,” he said. “It contains 20,000 genes and more than a million regulatory elements controlling these genes. As a field, we are pretty good at testing how individual parts of the genome function. But, much like the parts of a car, multiple parts in the genome can come together to give function that is greater than the sum of its parts. This combinatorial problem has been much harder to tackle.”

Dr. Hon, Assistant Professor of Obstetrics and Gynecology and a member of the Cecil H. and Ida Green Center for Reproductive Biology Sciences, has received a prestigious New Innovator Award from the National Institutes of Health (NIH) to support research that aims to understand the basic mechanisms of gene regulation through the lens of combinatorial biology.

“Dr. Hon is a computational genomicist who brings a unique perspective to the study of gene expression, including the regulatory mechanisms that control it,” said Dr. W. Lee Kraus, Director of the Green Center. “Dr. Hon’s work is changing the way that we think about and study gene regulation. In addition, we believe it will have a tremendous impact on our understanding of the human genome, as well as a potential impact on our ability to diagnose and treat human diseases.”

The NIH’s support will further research that Dr. Hon credits for the development of single-cell sequencing. He said these groundbreaking techniques are now enabling an unprecedented understanding of how the millions of functional bits in the human genome work together to coordinate gene expression in developmental and disease contexts.

“It is now possible to analyze tens of thousands or even millions of individual cells at the same time, which was unimaginable years ago,” said Dr. Hon. On the basis of single-cell sequencing, Dr. Hon’s laboratory has developed an innovative platform that enables high-throughput assessment of combinatorial gene regulation, which will play a central role in this investigation.

“Scientists have learned a lot about how cells function by examining the genome one bit at a time,” he said. “But these new technologies are allowing us to tinker with thousands of genomic bits, alone and in combination, all at the same time. It’s a crazy approach to studying the genome, and we hope it will give us a better picture of how our genome functions at a systems level.”

By understanding how the genome functions and by defining ways to precisely control it, the team hopes to enable future efforts to target the human genome for therapeutic genome editing.