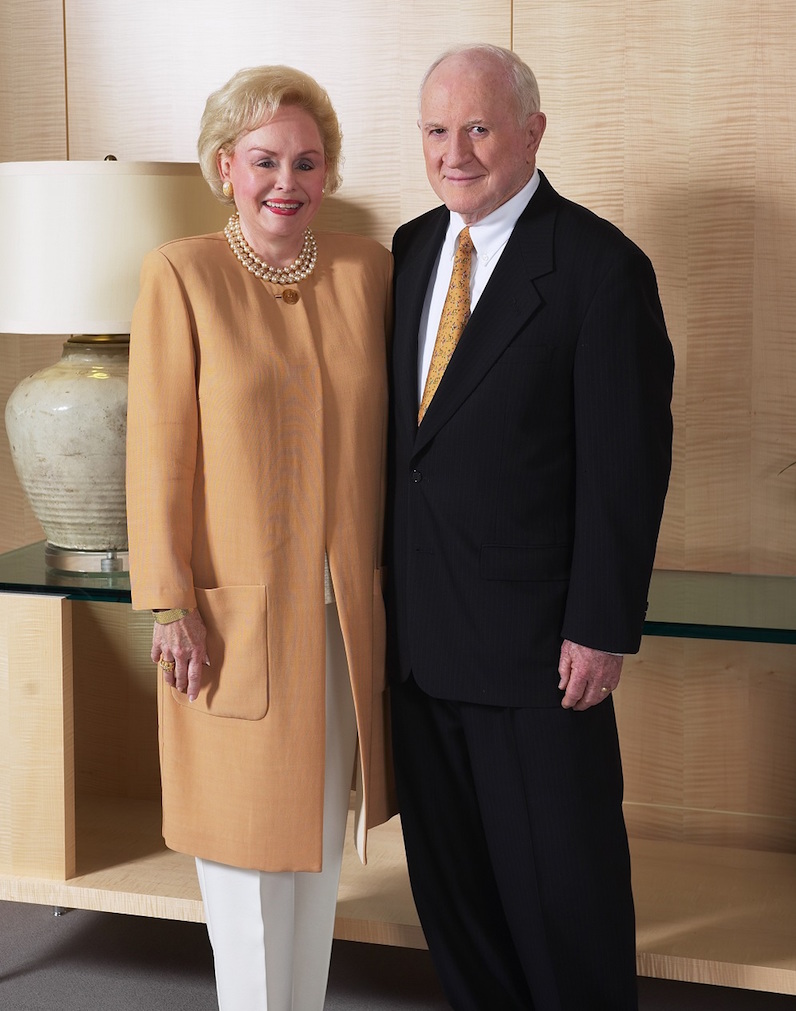 DALLAS – Nov. 7, 2017 – A $10 million gift from the Hamon Charitable Foundation to UT Southwestern has established an endowment to support the new Laura and Jack Roach Center for Translational Research in Alzheimer’s Disease.

The Hamon Charitable Foundation gift will fuel translational research to move scientific discoveries with the potential for better ways to treat Alzheimer’s and delay its onset from the laboratory into clinical practice. Ninety percent of what is known about Alzheimer’s has been discovered over the past 20 years and UT Southwestern is working on a variety of scientific fronts to find more effective therapies.

“This magnificent gift from the Hamon Charitable Foundation will strengthen the infrastructure for translational research within the Peter O’Donnell Jr. Brain Institute,” said Dr. Daniel K. Podolsky, President of UT Southwestern. “Already, work at UT Southwestern is leading to promising new therapies for Alzheimer’s disease. A strengthened translational research program will bridge the gap between scientific discovery and clinical care and accelerate progression between today’s medical challenges and tomorrow’s cures.”

“We’re hoping for a cure and that researchers can slow progression of the disease,” said Kelly Roach, President of the Hamon Charitable Foundation. “We believe $10 million will get us a step closer in the right direction. It’s a difficult disease to watch – they call it ‘the long goodbye.’ We hope other families don’t have to experience what we’re experiencing.”

The Roach family planted deep roots and emerged as a driving force to strengthen the Dallas community by supporting education and health care causes. Mr. Roach became a highly trusted counselor to many major philanthropists in Dallas, helping them distribute their funds to worthy causes. He worked closely with and became a faithful friend to Mrs. Nancy B. Hamon, who established the Hamon Charitable Foundation in 1998. Mrs. Hamon was a San Antonio native who worked in Hollywood during the 1940s before returning to Texas and marrying legendary oilman Jake Hamon in 1949. Mrs. Hamon grew to be one of Dallas’ most generous philanthropists who supported education, arts, and health care causes.

This latest gift from the Hamon Charitable Foundation boosts their total giving to support activities of the O’Donnell Brain Institute to $25 million, which includes an earlier gift of $15 million to support neuroimaging initiatives of the Advanced Imaging Research Center.

Other gifts include $10 million for the Hamon Center for Regenerative Science and Medicine; a $4 million challenge grant to launch a campaign to build the Bryan Williams, M.D. Student Center; $1 million to help establish the George N. Peters, M.D., Center for Breast Surgery; and $1 million for the William P. Clements Jr. University Hospital.