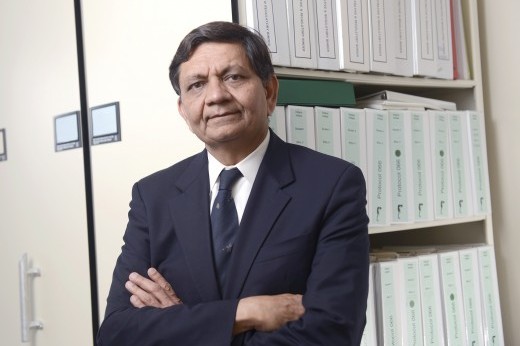 The study found that medications improved work productivity of most participants but that those whose productivity increased more quickly showed more significant reduction in their depression symptoms and were more likely to recover over the long term.

These findings suggest that patients treated for depression and who are still having work productivity issues may need additional treatments such as exercise or cognitive therapy to overcome depression in the long term, said senior author Dr. Madhukar Trivedi, Director of the Center for Depression Research and Clinical Care, part of the O’Donnell Brain Institute at UT Southwestern Medical Center.

The study, published online in the American Journal of Psychiatry, gives new insight to specific aspects of depression that are not commonly evaluated, including work productivity, cognitive function, and motivation. These insights in turn provide added urgency for doctors to personalize treatment – beyond simply prescribing antidepressants – to accelerate the path to recovery.

The study adds to growing evidence of the need for comprehensive treatment approaches for depression and the importance of improving cognitive function, including motivation, energy, and concentration.  Among depression symptoms, energy and concentration are most strongly associated with work productivity outcomes.

“Those who do not show early improvement in work productivity are a different group of patients than those who do,” said Dr. Trivedi, Professor of Psychiatry and Chief of the Division of Mood Disorders, who holds the Betty Jo Hay Distinguished Chair in Mental Health and the Julie K. Hersh Chair for Depression Research and Clinical Care.

Dr. Trivedi said a proportion of patients may need additional treatment to augment the medication, from psychotherapy and telephone-based coaching to physical exercise – all treatments that research has shown can reduce depression symptoms. He said he intends to conduct future studies in which doctors alter treatments in a timely manner to address motivation, concentration and work productivity, with the goal of improving success rates.

“Finding the precise formula that works for each patient will be a key part of future research – tailoring treatment for the individual patient,” he said. “One size does not fit all.”

The study tracked work productivity and depression symptoms in 331 patients with major depression through intervals of six weeks, three months, and seven months after they started medication.  Doctors have previously focused on reducing depression symptoms and assumed that work improvement would indirectly follow without additional targeted interventions.

At six weeks, patients were divided into three groups according to how much their work productivity changed since taking medication: those who showed robust early improvement at the office, those with minimal change and others who remained highly impaired.

The study is the latest finding from UT Southwestern’s Center for Depression Research and Clinical Care, established with a $5 million lead gift by the Hersh Foundation to address a critical need for the advanced treatment of patients with depression and bipolar disorder. The Center’s goal is to develop an understanding of the neurobiological mechanisms and other underlying causes of depression and to discover new treatments.

The research is supported by funding from National Institute of Mental Health (NIMH), the Center for Depression Research and Clinical Care, and the Hersh Foundation. Other researchers include Dr. Manish Jha, Assistant Professor of Psychiatry; Dr. Abu Minhajuddin, Associate Professor of Clinical Sciences; Dr. Tracy Greer, Associates Professor of Psychiatry; Dr. Thomas Carmody, Associate Professor of Clinical Sciences and Psychiatry; and researchers at Duke University. Dr. Trivedi serves or has served as an advisor/consultant to and received fees from Alkermes, AstraZeneca, Cerecor, Eli Lilly, Lundbeck, Naurex, Neuronetics, Otsuka Pharmaceuticals, Pamlab, Pfizer, SHIRE Development, and Takeda; and he has received grant/research support from the National Institute of Mental Health and National Institute on Drug Abuse. Dr. Greer has received grant support from NARSAD and honoraria/speaker’s fees from H. Lundbeck A/S and Takeda. Forest Pharmaceuticals, GlaxoSmithKline, Organon, and Wyeth Pharmaceuticals provided medications for this trial at no cost.