DALLAS – October 28, 2016 – The distinct structures of toxic protein aggregates that form in degenerating brains determine which type of dementia will occur, which regions of brain will be affected, and how quickly the disease will spread, according to a study from the Peter O’Donnell Jr. Brain Institute.

The research helps explain the diversity of dementias linked to tau protein aggregation, which destroys brain cells of patients with Alzheimer’s and other neurodegenerative syndromes. The study also has implications for earlier and more accurate diagnoses of various dementias through definition of the unique forms of tau associated with each.

“In addition to providing a framework to understand why patients develop different types of neurodegeneration, this work has promise for the development of drugs to treat specific neurodegenerative diseases, and for how to accurately diagnose them. The findings indicate that a one-size-fits-all strategy for therapy may not work, and that we have to approach clinical trials and drug development with an awareness of which forms of tau we are targeting,” said study author Dr. Marc Diamond, founding Director of the Center for Alzheimer’s and Neurodegenerative Diseases, and Professor of Neurology and Neurotherapeutics with the O’Donnell Brain Institute at UT Southwestern Medical Center.

Researchers used special cell systems to replicate distinct tau aggregate conformations. These different forms of pathological tau were then inoculated into the brains of mice. Each form created different pathological patterns, recapitulating the variation that occurs in diseases such as Alzheimer’s, frontotemporal dementias, and traumatic encephalopathy. 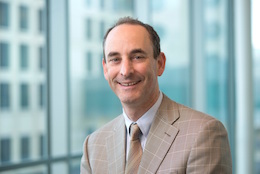 Dr. Marc Diamond, founding Director of the Center for Alzheimer's and Neurodegenerative Diseases

The different forms of tau caused pathology that spread at different rates through the brain, and affected specific brain regions. This experiment demonstrated that the structure of pathological tau aggregates alone is sufficient to account for most if not all the variation seen in human neurodegenerative diseases that are linked to this protein.

The finding, published in Neuron, could have a notable impact on widespread efforts at the O’Donnell Brain Institute and elsewhere to develop treatments that eliminate tau and other toxic proteins from the brains of dementia patients.

“The challenge for us now is to figure out how to rapidly and efficiently determine the forms of tau that are present in individual patients, and simultaneously, to develop specific therapies. This work says that it should be possible to predict patterns of disease in patients and responses to therapy based on knowledge of tau aggregate structure,” said Dr. Diamond, who holds the Distinguished Chair in Basic Brain Injury and Repair.

A new study demonstrates that toxic tau aggregates can be used to determine which type of dementia will occur, which regions of brain will be affected, and how quickly the disease will spread.
Top: Dr. Marc Diamond’s lab replicated distinctly patterned tau strains, shown in green, in cultured cells.
Bottom: These tau strains were inoculated into the brains of mice and formed unique patterns of pathology that can be linked to specific dementias.

Dr. Diamond’s lab, at the forefront of many notable findings relating to tau, had previously determined that tau acts like a prion – an infectious protein that can self-replicate and spread like a virus through the brain. The lab has determined that tau protein in human brain can form many distinct strains, or self-replicating structures, and developed methods to reproduce them in the laboratory. This research led Dr. Diamond’s team to the latest study to test whether these strains might account for different forms of dementia.

To make this link, 18 distinct tau aggregate strains were replicated in the lab from human neurodegenerative disease brain samples, or were created from mouse models or other artificial sources. Researchers inoculated the strains into different brain regions of mice and found striking differences among them.

While some strains had far reaching and rapid effects, others replicated only in limited parts of the brain, or caused widespread disease but did so very slowly. This surprising result answered a fundamental question that has dogged the field of neurodegenerative disease: Why are brain regions vulnerable in certain cases but not others, and why do some diseases progress more rapidly than others?

For instance, in Alzheimer’s disease, problems begin in brain memory centers before spreading to other areas that control functions such as language. Conversely, due to initial degeneration of frontal and temporal brain regions in frontotemporal dementia, the memory centers are relatively spared, and patients often first show changes in personality and behavior.

The new study implies that with knowledge of tau aggregate structure in patients, or possibly even in healthy individuals, it should be possible to predict the brain regions most vulnerable to degeneration and the rate of disease progression.

DALLAS – Recent efforts to develop a treatment for Alzheimer’s disease and other dementias have focused heavily on removing toxic proteins from the brain. Here’s a look at the tau protein and what we know about its role in the progression of dementia.

A. The tau protein is known to bind microtubules in neurons. These structures enable transport of cellular components. But the protein becomes toxic in patients with Alzheimer’s and other dementias, forming aggregates that progressively accumulate and lead to loss of neuron function and eventually to neurodegeneration.

Q. How does tau spread in Alzheimer’s patients?

A. When the tau protein begins to form aggregates, it is toxic to neurons. It is unknown how these aggregates can escape cells. They may be released from living cells, or they may rupture the cell after causing its death. Once outside of cells the aggregates can be taken up by nearby cells. Once inside, they cause normal tau to begin to aggregate, and the process repeats itself. Remarkably, tau aggregates, which are highly ordered assemblies, can have different structures that will be precisely replicated over time within cells. These structures are referred to as “strains.” A new study from the Peter O’Donnell Jr. Brain Institute shows the three-dimensional structure of a tau aggregate will determine which neurons are vulnerable to it, how readily it will create more pathology, and how quickly it will spread throughout the brain.

A. Although no cure has been found for Alzheimer’s or other dementias, many researchers believe removing toxic tau aggregates can help slow or stop the deterioration of the brain. Consequently, this is now a focus of drug development for most of the major pharmaceutical companies. Amyloid beta is another protein that also builds up in the brains of patients with Alzheimer’s disease, and is thought to cause the accumulation of tau. Many clinical trials are now underway to test the protective effects of drugs designed to prevent the accumulation of each protein. It is hoped that they will slow or prevent cognitive decline.

Q. How can people prevent tau from turning toxic?

A. Scientists aren’t sure, but since there is not yet a specific therapy, many believe the best course is to reduce the risk factors for dementia, which include high blood pressure, cholesterol and a sedentary lifestyle. Studies have shown cardiovascular health somehow affects the brain and that healthy diet and regular exercise can reduce the incidence of toxic protein buildup. An ongoing national study led by the O’Donnell Brain Institute is testing the combination of cholesterol-lowering medication and exercise on preserving brain function. 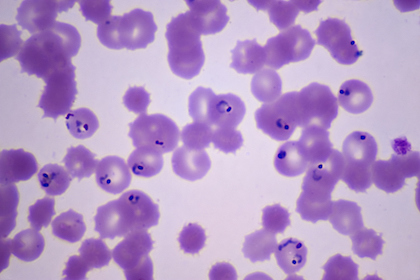 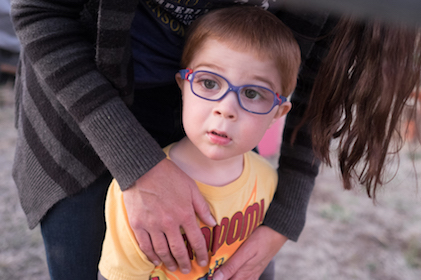