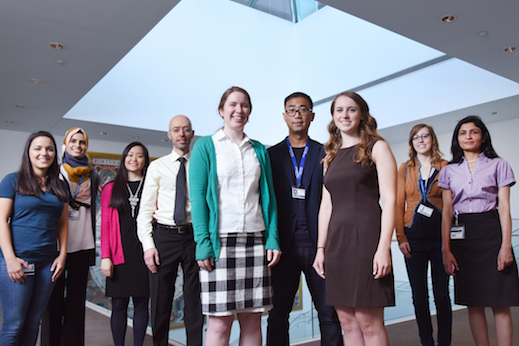 HIF-2 inhibitors, which grew out of research begun more than 20 years ago at UT Southwestern Medical Center, work by interfering with processes that fuel the growth of cells.

Investigators conducted a pre-clinical trial in mice transplanted with kidney cancer from over 20 patients and showed that the HIF-2 inhibitor PT2399 controlled cancer in half of the tumors, according to a study published in the journal Nature.

“This is a completely new treatment for kidney cancer. We want to make HIF-2 inhibitors available to patients and are currently carrying out clinical trials,” said Dr. James Brugarolas, Director of the Kidney Cancer Program, who is leading an $11 million SPORE grant from the National Cancer Institute seeking to translate new discoveries into novel therapies for kidney cancer patients. Part of the SPORE grant, one of just two directly related to kidney cancer in the nation, is focused on further researching HIF-2 inhibitors.

In a previous report, Dr. Kevin Courtney, Assistant Professor of Internal Medicine and a coauthor of the current study, reported at the American Association of Clinical Oncology annual meeting that HIF-2 inhibitors were safe in patients and had activity even in heavily pretreated patients. In the study in Nature, investigators show that HIF-2 inhibition was able to control metastatic kidney cancer even after 7 lines of prior therapy. See video.

The findings show that HIF-2 is a promising target to combat kidney cancer, said Dr. Brugarolas, senior author and a Virginia Murchison Linthicum Scholar in Medical Research at UT Southwestern.

Nearly 400,000 Americans are now living with a diagnosis of kidney cancer and more than 60,000 people are expected to be diagnosed with kidney cancer this year, according to the National Cancer Institute. Texas has the fifth highest rate of this cancer in the U.S.

HIF-2 inhibitors work by suppressing the effects of HIF-2 which include downregulating an important protein called VEGF that promotes the formation of blood vessels needed for tumors to grow.

“Unlike existing VEGF inhibitors, the HIF-2 inhibitor blocks VEGF only in the cancer and therefore does not cause cardiac toxicity or hypertension,” Dr. Brugarolas explained.

In the Nature study, researchers compared the two drugs head to head and found that the HIF-2 inhibitor was more active than sunitinib and that it was active against tumors progressing on sunitinib.

“Furthermore, it was also better tolerated. As sometimes happens in patients, mice on sunitinib were sickly and lost weight, whereas mice on the HIF-2 inhibitor gained weight while on the study,” he said.

Researchers surprisingly found a subset of tumors that do not respond to the drug, but were able to identify biomarkers that, once verified, would help determine which patients are more likely to benefit from HIF-2 therapies.

“HIF-2 is believed to be the most important driver of kidney cancer. Traditionally, proteins like HIF-2 were disregarded as drug targets because their shape made it nearly impossible to design drugs against them,” Dr. Brugarolas said. “The approaches we have taken pave the way for identifying drug candidates for other proteins that have traditionally been considered undruggable.”

How HIF-2 came to be

In 1997, UT Southwestern researchers Dr. Steven McKnight, Chairman of Biochemistry, and molecular geneticist Dr. David Russell, Vice Provost and Dean of Basic Research, led research discovering and describing the protein encoded by the EPAS1 gene, also known as HIF-2α, the main HIF-2 component. Over the course of a decade, the laboratories of Dr. Richard Bruick, Professor of Biochemistry, holder of the Michael L. Rosenberg Scholar in Biomedical Research, and a coauthor of the current study, and Dr. Kevin Gardner, Adjunct Professor of Biochemistry, solved the structure of HIF-2α.

By 2009, researchers had identified a “sweet spot” where drugs could bind and shut down HIF-2 activity. Using the Simmons Cancer Center’s High-Throughput Screening, scientists tested more than 200,000 chemicals to see which ones could interfere with HIF-2, identifying several potential drug-like compounds. The most promising compounds were licensed to Peloton Therapeutics, Inc., a biotech firm co-founded by Dr. McKnight and based at UT Southwestern’s BioCenter campus. In 2014, the first HIF-2 inhibitor, an oral drug known as PT2385, entered clinical trials in patients with advanced or metastatic renal clear cell carcinoma.

HIF-2 inhibitors also are the target of UTSW’s recent $11 million SPORE (Specialized Program of Research Excellence) award. Investigators will further biomarkers to identify patients most likely to respond to the HIF-2 inhibitor, as well as to anticipate ways in which the tumor may evade the drug’s impact.

The Nature research was supported by grants from the National Institutes of Health including the SPORE; Peloton Therapeutics, Inc.; and the Cancer Prevention and Research Institute of Texas; the National Center for Advancing Translational Sciences (Center for Translational Medicine); National Natural Science Foundation of China; and philanthropy, including the Tom Green Memorial fund.

Disclosures: co-authors Tai Wong, James P. Rizzi, Eli M. Wallace, Naseem Zojwalla and John A. Josey are employees and own equity in Peloton Therapeutics, Inc.; Kevin Gardner and Richard Bruick have licensed IP, consult for and own equity; Min Soo Kim, Tae Hyun Hwang, Yang Xie and James Brugarolas are authors on a filed patent pertaining biomarkers of the HIF-2 inhibitor. UT Southwestern Medical Center owns stock in Peloton Therapeutics and has a financial interest in the intellectual property used within the research. 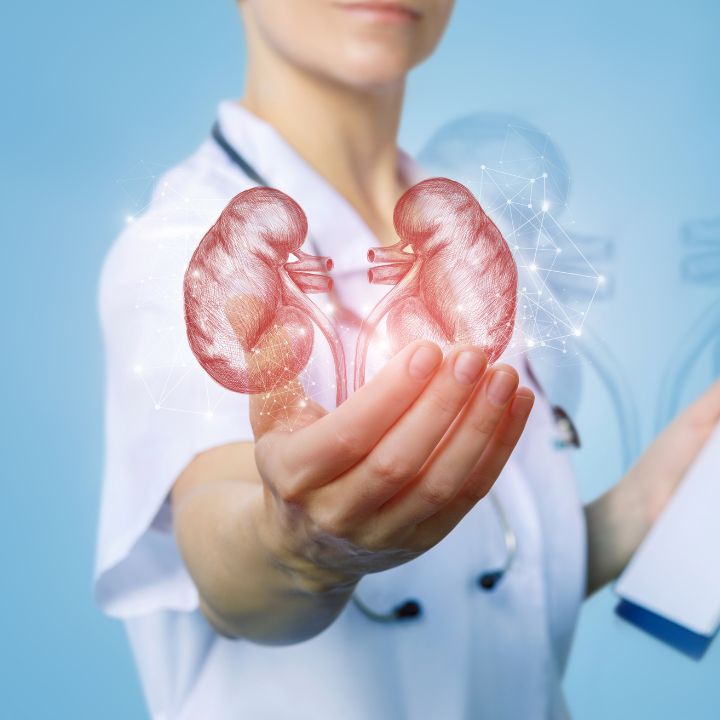