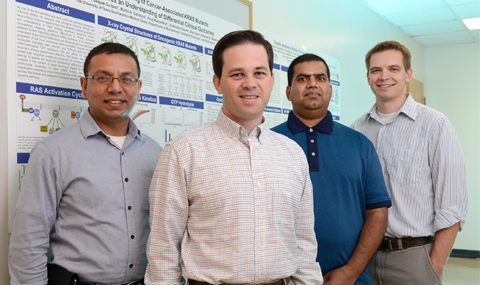 (Left to right) Dr. Deepak Gurbani, Dr. Ken Westover, Dr. Sudershan Gondi, and Dr. John C. Hunter. Not pictured is Anuj Manandhar, who was also part of the team that developed a classification for cancers caused by KRAS, the most frequently mutated gene in cancer.

That new strategy is based on models that researchers developed to classify cancers caused by KRAS (Kirsten rat sarcoma viral oncogene homolog) mutations, which cause cells to grow uncontrollably. Although KRAS-driven cancer mutations have long been a focus of cancer research, effective targeted therapies are not available.

“This work further supports the idea that not all oncogenic KRAS mutations function in the same way to cause cancer. The model we developed  may help in subclassifying KRAS-mutant cancers so they can be treated more effectively, using therapies that are tailored to each mutation,” said Dr. Kenneth Westover, Assistant Professor of Radiation Oncology and Biochemistry. “Furthermore, this study gives new fundamental understanding to why certain KRAS-mutant cancers, for example those containing the KRAS G13D mutation, behave as they do.”

KRAS is one of the main members of the RAS family. About a third of all human cancers, including a high percentage of pancreatic, lung, and colorectal cancers, are driven by mutations in RAS genes, which also make cells resistant to some available cancer therapies, according to the National Cancer Institute.

In this study, the researchers evaluated eight of the most common KRAS mutants for key biochemical properties including nucleotide exchange rates, enzymatic activity, and binding activity related to a key signaling protein, RAF kinase. The researchers observed significant differences between the mutants, including about a tenfold increase in the rate of nucleotide exchange for the specific mutant KRAS G13D, highly variable KRAS enzymatic activities, and variability in affinity for RAF. They also determined high-resolution, three-dimensional X-ray crystal structures for several of the most common mutants, which led to a better understanding of some of the biochemical activities observed.

“We attempted to use the observed structural changes to explain these differences in biochemical behavior.  By integrating our data, we have proposed a biochemical classification scheme to predict the propensity of different KRAS mutants to signal through RAF kinase. If validated, our model could have value for selecting targeted therapies for cancer patients with specific KRAS mutations,” said Dr. Westover.

Members of the Westover lab plan to continue this line of work by testing their models in more complex experimental systems, such as genetically engineered cancer cell lines.

Dr. Westover works as both a clinician as a member of the Radiation Oncology team at the Harold C. Simmons Comprehensive Cancer Center, and as a researcher in the Departments of Radiation Oncology and Biochemistry. The Westover laboratory investigates the molecular basis of cancer with a focus on developing tailored cancer therapies.

UT Southwestern’s Simmons Cancer Center is the only National Cancer Institute-designated comprehensive cancer center in North Texas and one of just 45 NCI-designated comprehensive cancer centers in the nation. The Harold C. Simmons Comprehensive Cancer Center includes 13 major cancer care programs with a focus on treating the whole patient with innovative treatments, while fostering groundbreaking basic research that has the potential to improve patient care and prevention of cancer worldwide. In addition, the Center’s education and training programs support and develop the next generation of cancer researchers and clinicians.

About UT Southwestern Medical Center
UT Southwestern, one of the premier academic medical centers in the nation integrates pioneering biomedical research with exceptional clinical care and education. The institution’s faculty includes many distinguished members, including six who have been awarded Nobel Prizes since 1985. The faculty of more than 2,700 is responsible for groundbreaking medical advances and is committed to translating science-driven research quickly to new clinical treatments. UT Southwestern physicians provide medical care in 40 specialties to about 92,000 hospitalized patients and oversee approximately 2.1 million outpatient visits a year. 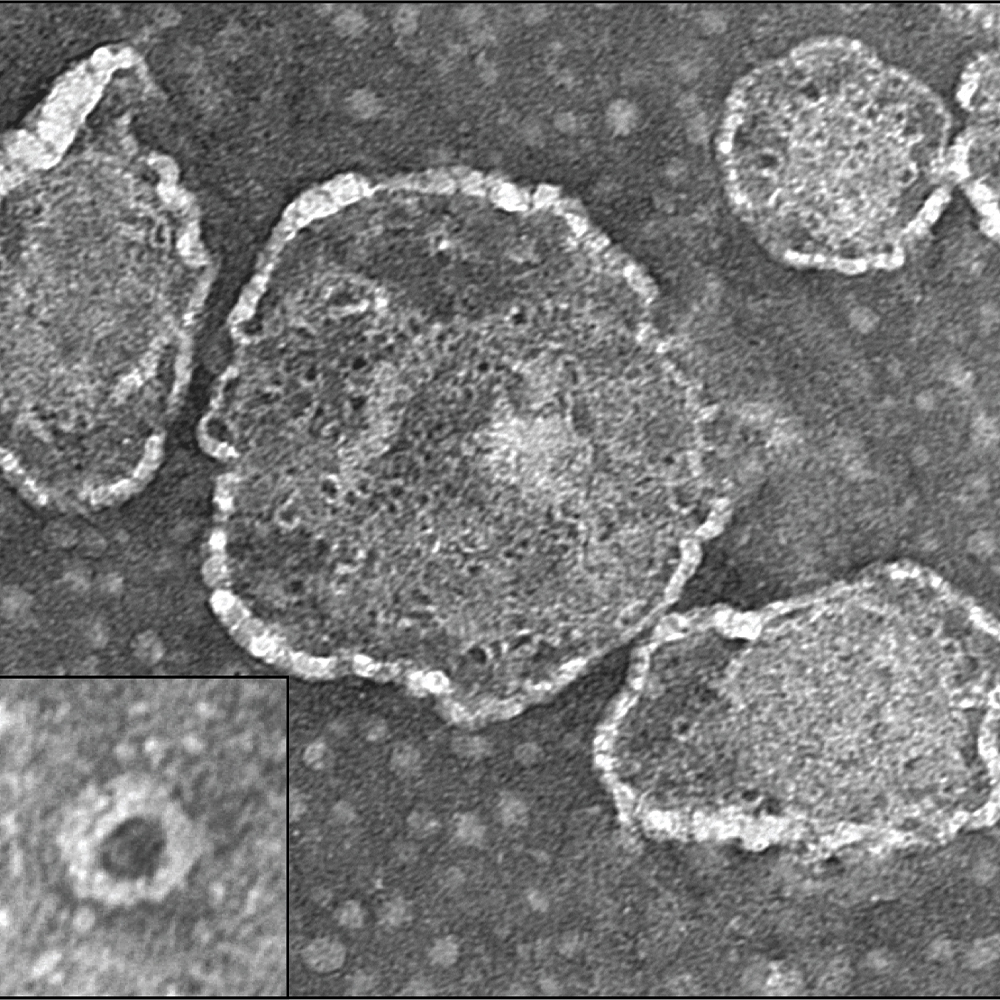