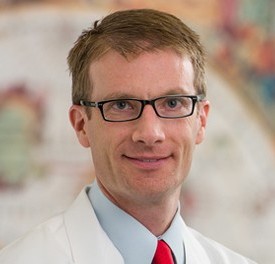 Researchers compared an immunotherapy and a chemotherapy drug in patients with non-squamous non-small cell lung cancer (NSCLC) whose disease continued to progress after first-line chemotherapy. They found that nivolumab improved overall survival and was generally well tolerated. The results, reported today in the New England Journal of Medicine, are significant because options for patients whose lung cancer progresses after initial treatment are limited.

“This clinical trial shows that people with lung cancer not only live longer when treated with the immunotherapy drug nivolumab, but their quality of life is better and toxicities are fewer and less severe,” said Dr. David Gerber, Associate Professor of Internal Medicine at UT Southwestern and a contributing author to the study.

According to the National Cancer Institute, lung cancer is the second most common cancer for both men and women, and the top cause of cancer death. While it affects more than 221,000 Americans each year, 5-year overall survival is only 17 percent, and the survival number is far lower for metastatic lung cancer

The Food and Drug Administration (FDA) approved the use of nivolumab for squamous non-small cell lung cancer in March and previously had approved the drug to treat patients with treatment-resistant metastatic melanoma and melanoma that can’t be removed via surgery.

Nivolumab is an immunotherapy drug that works by inhibiting the cellular pathway known as PD-1 protein on cells that block the body’s immune system from attacking cancerous cells.

“The idea behind immunotherapy is to kick-start the body’s natural immune response to a cancer. Cancer develops and grows in part because it has put the brakes on the immune response. These drugs take the foot off the brake, allowing the immune system to accelerate and attack the cancer,” said Dr. Gerber, Co-Director of the Lung Cancer Disease Oriented Team and co-leader of the Experimental Therapeutics Program at UT Southwestern.

Dr. Gerber, also a member of the Division of Hematology and Oncology in the Harold C. Simmons Comprehensive Cancer Center, said immunotherapy is one of the greatest medical advances in cancer treatment in the past 30 years. Nivolumab treatment is promising because the drug is effective, often well-tolerated, and appears to be beneficial in several types of cancer.

The study compared nivolumab to a standard chemotherapy drug called docetaxel, which is one of the most commonly used FDA-approved second-line treatments for advanced NSCLC.

Donna Fernandez of Rockwall, Texas, said nivolumab has improved her quality of life. A smoker for 40 years, Mrs. Fernandez was diagnosed with NSCLC several years after quitting smoking in 2007. She’s been fighting stage 4 lung cancer for the past three years and needed another option after her initial round of chemotherapy wasn’t successful. She decided to join the trial at UT Southwestern.

“No one thought I’d still be alive. I’m not just alive – I’m living life to the fullest,” said Mrs. Fernandez, who receives treatment every two weeks, and except for a little fatigue the next day, she said she is able to continue with her normal activities, including agility training with her dogs.

The phase 3 clinical trial followed more than 500 patients who had non-squamous non-small cell lung cancer (NSCLC): 287 received nivolumab and 268 received the chemotherapy drug docetaxel. The one-year survival rate was 51 percent in the nivolumab arm versus 39 percent in the docetaxel arm. The most common reported side effects with nivolumab were fatigue, nausea, decreased appetite, and weakness, and they were less severe than with docetaxel treatment. In a minority of cases, patients treated with nivolumab also developed autoimmune toxicities affecting various organs.

In addition to studying safety and efficacy, the trial examined the protein biomarker PD-L1, which is believed to play a role in suppressing the immune system. The study results suggested that patients with a higher level of PD-L1 in their cancers may experience the greatest benefit from nivolumab, which targets the related molecule PD1. Using a biomarker helps oncologists predict which patients will do best on which treatment, and plan their treatment accordingly. Other promising predictive biomarkers for cancer immunotherapies include the degree of immune cell infiltration within a tumor and the number of mutations a tumor has.

“The more mutations a cancer has, the more foreign it appears to the body, thus marking it for immune attack,” explained Dr. Gerber. “With lung cancer, we see the greatest number of tumor mutations – and the greatest benefit from immunotherapy – among individuals with the heaviest smoking history.”

“We have seen promising effects against some lymphomas, colon cancer, ovarian cancer, bladder cancer, and other malignancies,” said Dr. Gerber.

This study was funded by Bristol-Myers Squibb, which worked jointly with investigators to collect and analyze the study results. Dr. Gerber reported non-financial support from Bristol-Meyers Squibb outside the submitted work.

The Harold C. Simmons Comprehensive Cancer Center is the only NCI-designated comprehensive cancer center in North Texas and one of just 45 NCI-designated comprehensive cancer centers in the nation. Simmons Cancer Center includes 13 major cancer care programs with a focus on treating the whole patient with innovative treatments, while fostering groundbreaking basic research that has the potential to improve patient care and prevention of cancer worldwide. In addition, the Center’s education and training programs support and develop the next generation of cancer researchers and clinicians.