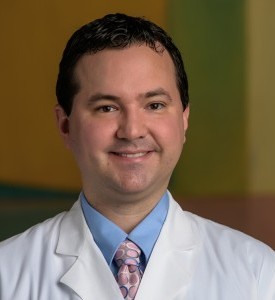 Aaron Laine, M.D., Ph.D., has been appointed Assistant Professor of Radiation Oncology. Dr. Laine graduated from the medical science training program at Mount Sinai School of Medicine in New York, and completed a postdoctoral fellowship at the Tokyo Metropolitan Institute for Medical Science in Japan. He completed residency training in radiation oncology at UT Southwestern

In addition to his focus on treating genitourinary cancer, Dr. Laine will also be spending dedicated time in the laboratory exploring the cellular mechanisms of cancer cachexia, the characteristic “wasting” of muscle and adipose tissue seen in many cancer patients that has been linked to poor cancer outcomes. Dr. Laine, under the mentorship of Assistant Professor Puneeth Iyengar, M.D., Ph.D., was able to successfully identify genomic and inflammatory alterations in the development of cancer-associated cachexia during his residency. 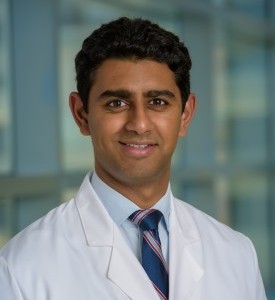 Neil Desai, M.D., M.H.S., has also been appointed Assistant Professor of Radiation Oncology and member of the genitourinary team.

Dr. Desai is the author of several papers in prominent medical journals including the Journal of Clinical Oncology and The Red Journal.  In addition to genitourinary cancer, he also treats patients with lymphoma and leukemia, and specializes in performing brachytherapy procedures.