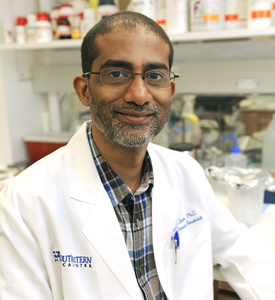 Sandeep Burma, Ph.D., is the recipient of two NIH awards, including an R21 and an R01 grant. The R21 grant is titled, “Augmented homologous recombination asa mechanism of acquired temozolomide resistance in glioblastoma.” The goal of this project is to understand how glioblastomas become resistant to a commonly administered drug (temozolomide), and investigate a promising strategy to resensitize recurrent glioblastomas.

In addition to understanding how EXO1 is regulated after DNA damage, the Burma lab plans to develop strategies to target EXO1 to improve cancer radiotherapy.

“It’s for the development of a novel method to simultaneously address two of the most critical problems with cone beam CT: x-ray scatter-induced image artifacts and the high radiation dose given to patients,” explains Dr. Jia. 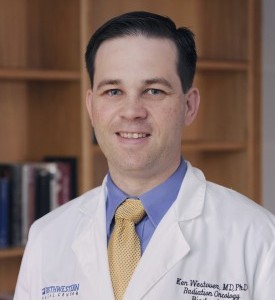