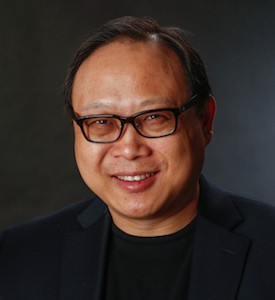 Welcome to the Division of Medical Physics and Engineering, a branch within the Department of Radiation Oncology at UT Southwestern Medical Center.

We are engaged in three primary areas of activity: clinical service and consultation, research and development, and education.

Our vision is to become one of the world’s leading academic medical physics programs in all three areas by working closely with clinicians and researchers in other relevant areas to solve important clinical problems through technological innovation.

Why a Promising, Potent Cancer Therapy Isn't Used in the US

Carbon ion therapy is similarly precise, but because carbon ions are heavier, they deliver more cancer-killing power than protons do. Carbon centers have reported impressive survival rates, particularly for hard-to-treat bone and soft-tissue cancers such as spinal tumors.

Rayfield Byrd knows when it’s time to wake up every morning. The 68-year-old Oakland, Cal., resident hears a voice from the living room offering a cheery good morning. Except Byrd lives alone.

Imagine a future in which the wristband you're wearing can nudge your doctor by indicating you've been in the exam room for half an hour. Or where the clinic is wired for sensors that recognize you when you walk in the door, taking your temperature and blood pressure and recording your height and weight.Far from science fiction, these clinic scenarios are real artificial intelligence (AI) projects currently being developed at UT Southwestern's Medical Artificial Intelligence and Automation (MAIA) Laboratory.

U.S. News & World Report just released its 2017 list of top hospitals. UT Southwestern ranks #1 in the Dallas/Ft. Worth area and #2 in Texas. In addition, we nationally ranked in six specialties and are noted as high-performing in four conditions, including cancer. An honor to be recognized!

A new chapter in radiation oncology

UT Southwestern’s Harold C. Simmons Comprehensive Cancer Center is one of the nation’s top destinations for patients seeking cancer treatments. Now it has a new radiation oncology building to call home that’s as sterling as its reputation.