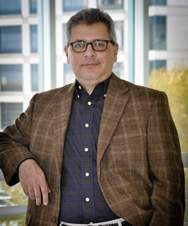 We are pleased to announce that Rene Galindo, M.D., Ph.D., has been elected to the American Society for Clinical Investigation (ASCI), one the nation’s oldest and most esteemed honor societies for physician-scientists. Established in 1908, ASCI membership consists of more than 3,000 physician-scientists from all medical specialties. As members must be 50 years or younger at the time of election, ASCI selection honors early-to-mid stage scientific research accomplishments. ASCI receives hundreds of nominations from around the world each year, and only elects up to 80 new members who are chosen for their outstanding record of achievement in biomedical research.

Formal induction for new members will occur at the ASCI national meeting occurring in April, 2017.