The construction cranes are everywhere in Dallas as more people are drawn to the affordability, culture and diversity of the city. In the past year, for example, Dallas led the nation with 40,000 net migrants. Forbes rates Dallas as number 15 in the nation for business and careers and the fifth most buoyant economy in the nation. 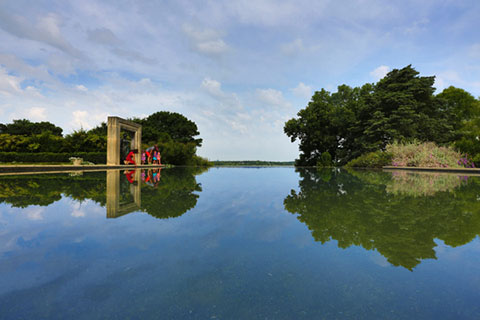 But there is more to Dallas life than business. Arts, education, affordability, food, and music are also part of the culture of Dallas.  The Dallas Arts District is the largest contiguous urban arts district in the nation, spanning 68 acres and 19 blocks. From the (free) Dallas Museum of Art, to the Morton Myerson Symphony Center, to the Trammel Crow Collection of Asian Art, Dallas sings and celebrates.

Dallas Knows How to Throw a Party

The State Fair of Texas is an annual three-week celebration of Texas and more. From the Downtown Taco festival, to the North Texas Irish Festival to the Deep Ellum Arts and Music Festival, Dallas celebrates something every weekend.

Culturally, Dallas is one of the top 10 most diverse cities in the U.S. With diversity comes amazing food. It’s not just barbeque in Dallas – Dallas also has more restaurants per capita than any city in the U.S. If you’re a foodie, Dallas is clearly the place to be. If you can make it here, foodwise, you can make it anywhere because Dallas likes to eat and it likes to eat out – a lot.

All this and affordable as well. Dallas ranks as one of the top 20 most affordable cities in the nation. You can afford to play here and live. Business, education, culture, and affordability have consistently kept Dallas on the top of “Best in Nation” lists.