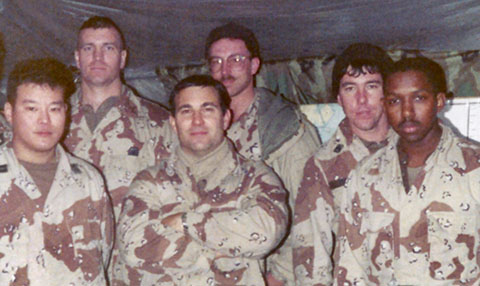 Col. Davis’s symptoms began a few months after his return from the 1991 Gulf War. His medical history before 1990 is well documented with years of sophisticated Military Free Fall/Underwater Operations (MFF/UWO) and special duty physicals. Until the Gulf War, he was in superb physical and neuropsychological condition, was deployable worldwide, and had served with great distinction in a number of highly sensitive command and staff billets in the special operations community. 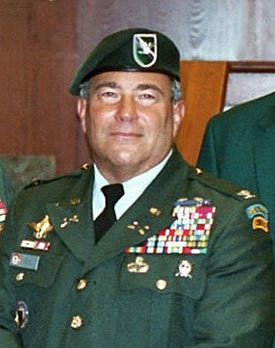 Since the Gulf War, his health status has drastically declined due to Gulf War Illness. This multilingual, highly-decorated combat commander who was a combat diver, master parachutist, and Army Ranger now faces a future of long-term disability with a range of complex and debilitating symptoms, severely limiting complications, and extreme functional impairment.

Col. Davis and his twin brother, Bob, have played a crucial role in the research program, volunteering to serve as alpha tests for each phase of the research involving clinical testing to help fine tune the protocols before formal test subjects are brought in. He urges all with a passion for helping the approximately 175,000 service members chronically ill with brain damage from chemical exposures in that war to make contributions to this fund.

The tax-deductible funds are deposited into a UT Southwestern fund dedicated to Gulf War illness research, as directed by Robert Haley, M.D., the Program’s Director.

While Dr. Haley’s team will continue to seek funding for the large efforts from peer-reviewed government research programs, private contributions play a vital role in accelerating the pace of complex, long-term research, supporting the collection of preliminary data needed to quality for grant funds, and providing for necessary expenditures that limited federal grants may not cover.