The Kidney Cancer Program was recognized with a prestigious $11 million Specialized Program of Research Excellence Award (SPORE) by the National Cancer Institute in August 2016. For more information see, Awards.

The identification of molecular pathways deregulated in renal cancer has opened up new therapeutic opportunities. Renal cancers are resistant to conventional chemotherapy and up until 2005, only one drug – IL2 (interleukin-2) – was approved by the FDA. Between 2005 and 2013, seven new treatments were shown to be effective and received FDA approval. These advances were possible because of discoveries about the biology of kidney cancer, and UT Southwestern investigators played and continue to play important roles. Five of the drugs target a pathway regulated by the protein VHL (von Hippel-Lindau). The most important target of VHL is believed to be HIF-2α (hypoxia-inducible factor 2α), which was discovered by UT Southwestern scientists. HIF-2α regulates VEGF (vascular endothelial growth factor), which is the target of bevacizumab, and VEGF activates its receptor (VEGF receptor-2) which is targeted by four other drugs: sorafenib, sunitinib, pazopanib and axitinib. 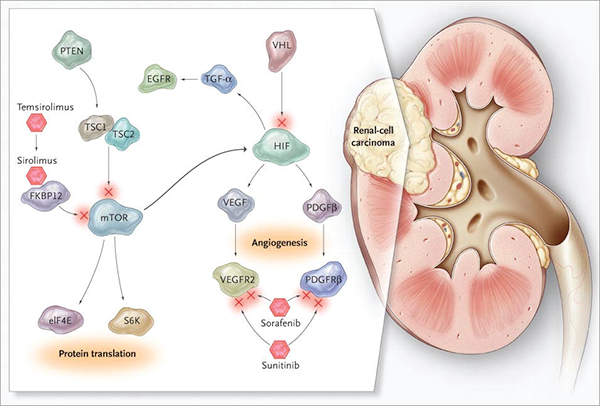 The second pathway that has led to new treatments for kidney cancer patients is the mTOR (mammalian target of rapamycin) pathway. Research by UT Southwestern scientists led to the finding that the TSC1/TSC2 (tuberous sclerosis complex 1/2) complex is a critical regulator of TOR. This opened up opportunities to treat patients with germline mutations in TSC1 or TSC2 with TOR inhibitors such as temsirolimus and everolimus, and ultimately provided a rationale for treating kidney cancer with this class of drugs. 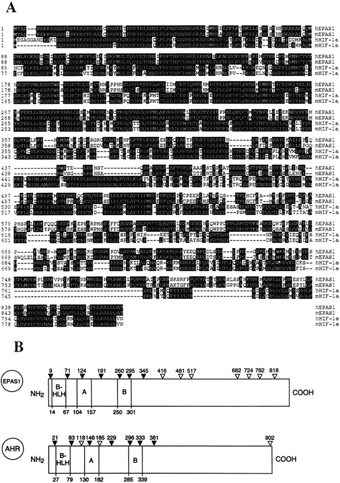 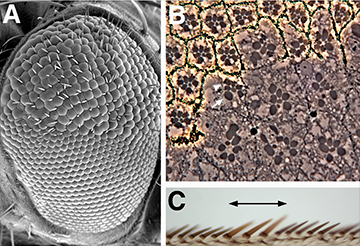 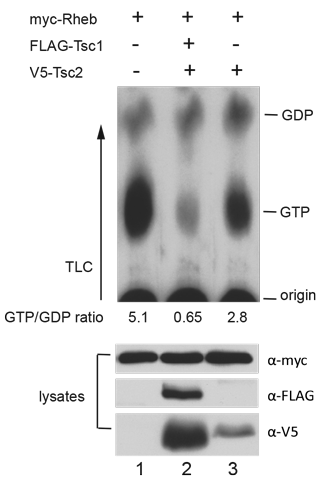 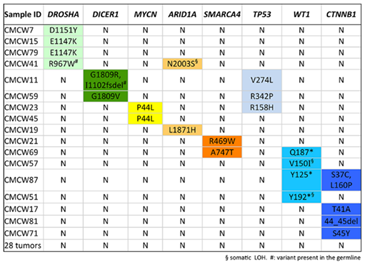 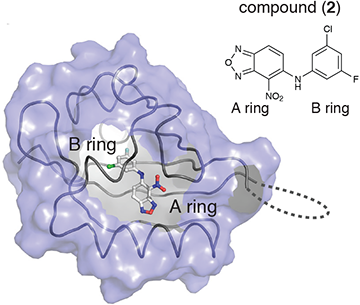 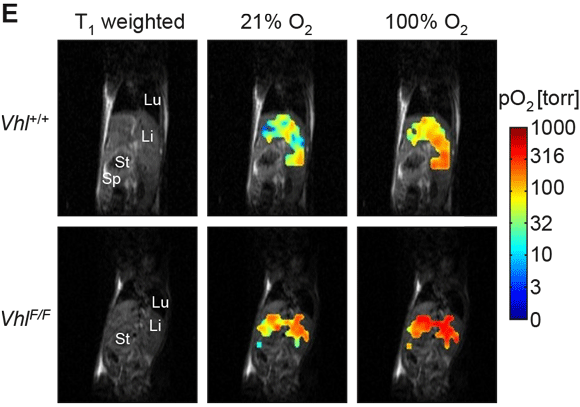 Acute Vhl inactivation in the mouse results in a Hif-dependent inhibition of mitochondrial respiration with consequent increase in pO2 as determined by oximetry using 19F MRI of oxypherol. Adapted from Kucejova et al., Oncogene 2011. 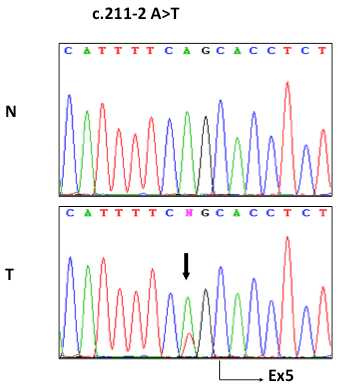 A molecular genetic classification of sporadic renal cell carcinoma. Renal cell carcinoma of clear cell type can be classified according to the status of BAP1 and PBRM1 into 4 different subtypes. Adapted from Pena-Llopis et al., Nat Genet 2012. 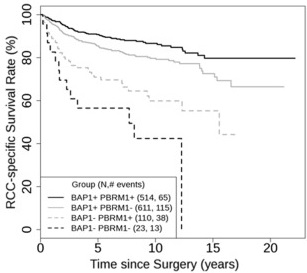 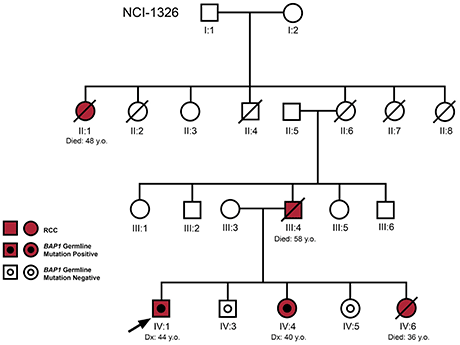 Drs. Brugarolas and Thomas Bradley report the potential of TORC1 inhibitors in the treatment of epithelioid angiomyolipoma, a tumor type without effective therapies (Wolff et al., J Clin Oncol 2010). A year later, Drs. Ralph DeBerardinis and Brugarolas report the first attempt to inhibit glycolysis for the treatment of a tumor with a genetic defect in the TCA cycle (Yamasaki et al., Nat Rev Urol 2011).

Dr. Payal Kapur, a urological pathologist, develops a clinical immunohistochemistry test to determine the status of BAP1 and PBRM1 in tumors. In collaboration with researchers at Mayo Clinic, Drs. Kapur and Brugarolas show that BAP1 loss predicts the outcome of patients independently of known prognostic variables (Joseph et al., Cancer 2014). 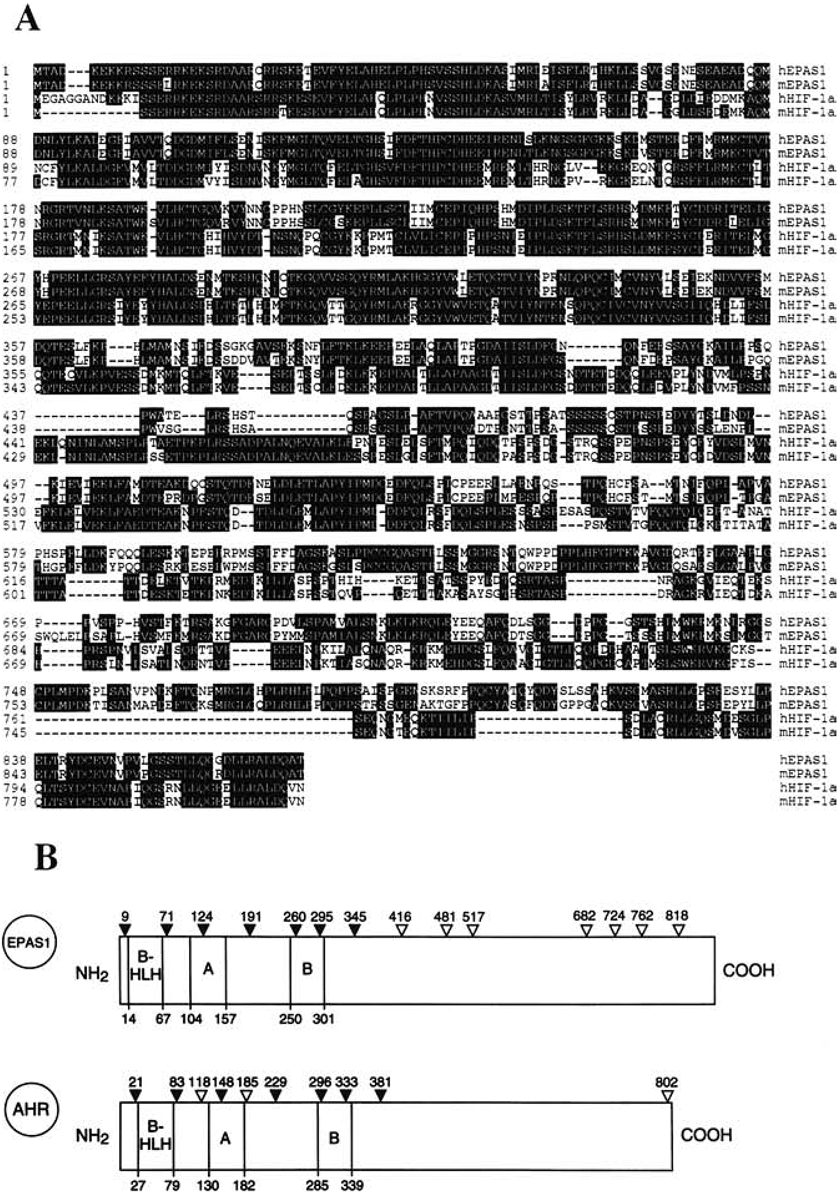