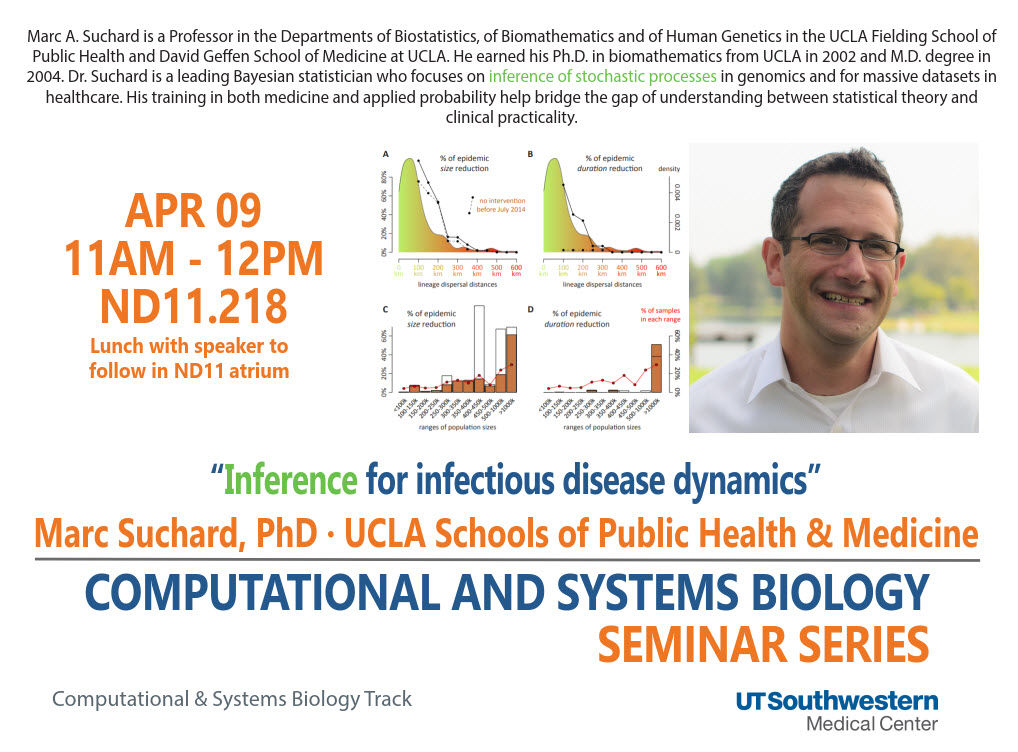 Marc A. Suchard is a Professor in the Departments of Biostatistics, of Biomathematics and of Human Genetics in the UCLA Fielding School of Public Health and David Geffen School of Medicine at UCLA. He earned his Ph.D. in biomathematics from UCLA in 2002 and continued for a M.D. degree which he received in 2004. Dr. Suchard is a leading Bayesian statistician who focuses on inference of stochastic processes in genomics and for massive datasets in healthcare. His training in both medicine and applied probability help to bridge the gap of understanding between statistical theory and clinical practicality. Dr. Suchard has been awarded several prestigious statistical awards such as the 2003 Savage Award, the 2006 and 2011 Mitchell Prizes, as well as a 2007 Alfred P. Sloan Research Fellowship in computational and molecular evolutionary biology, and a 2008 Guggenheim Fellowship to further computational statistics. Finally, he received the 2011 Raymond J. Carroll Young Investigator Award and the 2013 Committee of Presidents of Statistical Societies (COPSS) Presidents' Award for outstanding contributions to the statistics profession by a person aged 40 or under.