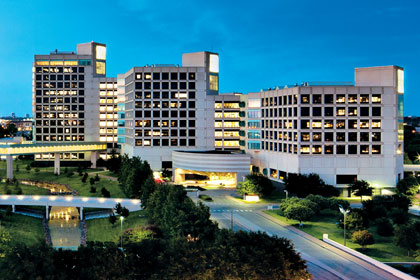 Return on State Investment – A Good Deal for Texas

A dollar spent at UT Southwestern is more than a dollar earned for Texas.

Every $1 in state appropriations at UT Southwestern produces:

*Based on economic analysis by The Perryman Group. Estimated economic impacts shown are on an annual basis.

State investment of approximately $160 million annually in our Education and Research missions has helped UT Southwestern generate support and critical funds for our:

UT Southwestern has spawned the creation of more than 70 biotech companies since 1991.