About the Chief of Staff 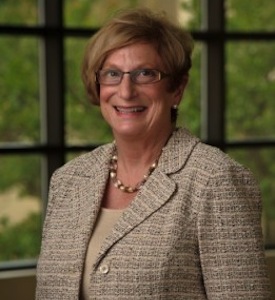 Dr. Jacoby is responsible for tracking major issues and activities, most notably implementation of the recommendations stemming from the 2009 strategic planning process. She is also responsible for the Policy Office, which was created in January 2011 to review and update UT Southwestern campus-wide policies and to make them accessible through the development of a centralized electronic site.

Arriving at UT Southwestern in October 2009, Dr. Jacoby brings to the position an extensive background of holding integrative “effector arm” roles in complex institutions. She came from Boston, where she had spent 12 years as Chief of Staff for the Chief Executive Officer of Partners HealthCare System, a $7 billion organization encompassing Massachusetts General Hospital and Brigham and Women’s Hospital, the two major teaching hospitals for Harvard Medical School. Prior to that, she had served as Vice President of Radcliffe College, which at the time was an independent institution closely affiliated with Harvard University.